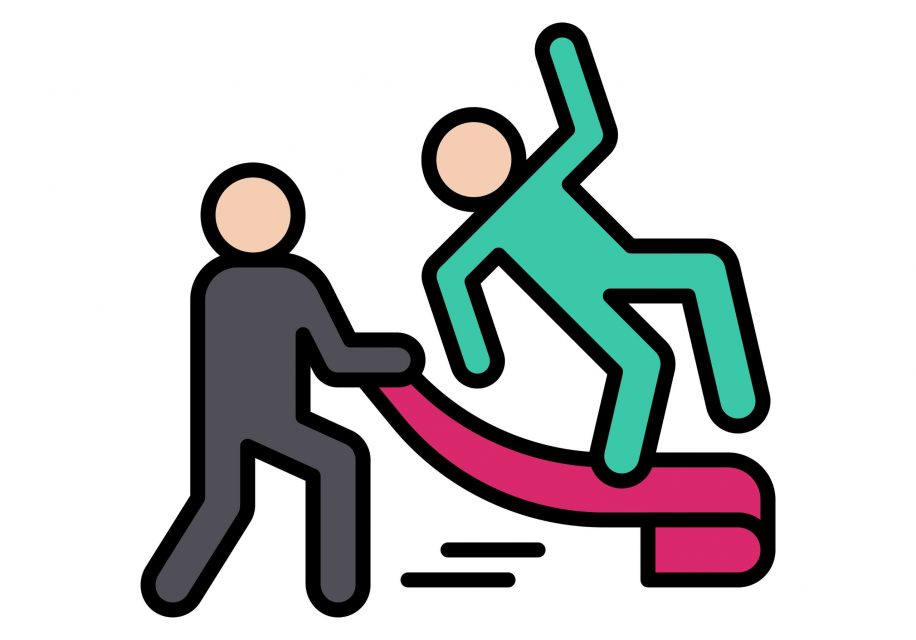 Do you find it difficult to know your own opinion in life?

Do you tend to regard others as the ‘experts’ and defer to their judgment?

Does it seem like whatever you conclude is going to be wrong somehow while others are going to be right?

If you survived a narcissistic parent then these kinds of experiences might make a lot of sense.  Growing up with a narcissistic parent is not like growing up with other kinds of parents.  That might seem obvious but that’s always been the point of this channel.  It’s not to demonize people just because a parent acted in ways that you found dissatisfactory in one moment or another.  Rather, it’s to acknowledge that some parents are psychologically organized in a pathologically narcissistic way and this creates real suffering for the people close to them – especially the child who’s selected to be the scapegoat to that parent.

In today’s post, I will discuss how and why you may have had to dislocate yourself from your own judgment in order to manage your narcissistic parent’s need to be dominant.  Next, I’ll discuss how a narcissistic parent insists on seeing their judgment as infallible and the scapegoat child’s judgment as all too fallible.  Most importantly, I’ll offer a strategy to challenge this assumption of others’ infallibility and your own fallibility that can undermine your own judgment.  By knowing it’s now safe to recognize everyone’s fallibility in their perspectives you can feel freer to widely exercise, express and believe in your own judgment.

If you were a scapegoat survivor of a narcissistic parent or partner then I encourage you to check out my free e-book on this topic.  It’s called Surviving Narcissistic Abuse as the Scapegoat and goes into other important aspects of what it’s like to be in the shoes of the scapegoat child or partner of the narcissistic abuser.  From self-limiting beliefs about yourself that you must adopt to survive to why the narcissistic personality is so geared to put those closest to them down.  This e-book can help you realize how none of this abuse was your fault but the product of the narcissist’s psychological and emotional problems.  You can find the link to the book here.

The hazard of knowing what you think with a narcissistic parent

Research and theory on pathological narcissism has highlighted the narcissist’s need to feel dominant over others.  In order for someone like this to feel content they have to know that they have control over those close to them.  As I’ve mentioned before, this dominance can take the form of expecting others to function as psychological extensions of themselves.  So if a narcissistic parent holds an opinion then they might expect it only natural that their child would hold the same opinion.  And the child will likely learn quickly not to diverge from the narcissistic parent’s opinion – at least outwardly – lest they’re swiftly punished and threatened.  The child learns that harmony with the narcissistic parent is possible so long as the child agrees with everything the narcissistic parent says and does.  Of course, this arrangement leaves zero room for the child’s own judgement, their recognizing that no one’s opinion is infallible, and that the child’s perspective is just as valuable as anyone else’s in the world.  Instead, the child has to learn that survival means agreeing with the person in authority or face the ultimate punishment – loss of attachment to the parent.

There’s another hazard to the child seeking to know their own judgment: telling the emperor directly that he has no clothes.  That is, the narcissistic parent acts as though their opinions are irreproachable and feels entitled for others to agree.  At the same time, the narcissistic parent may reveal their fallibility by not being perfectly informed, or overreacting to minor slights, or going out of their way to speak ill of others whom they envy.  The perceptive child may see these traits about their narcissistic parent and know at their core that they dare not share what they see to anyone else.  To do so, would likely result in a vicious and vindictive counterattack by that parent.  It’s akin to the fairy tale about the village people showing admiration for the emperor’s new ‘clothes’ under threat of reprisal if they say what they are really seeing – that the emperor is walking around naked.  It takes a young child – whom we can presume was not raised by narcissistic parents – to exclaim that the emperor has no clothes. 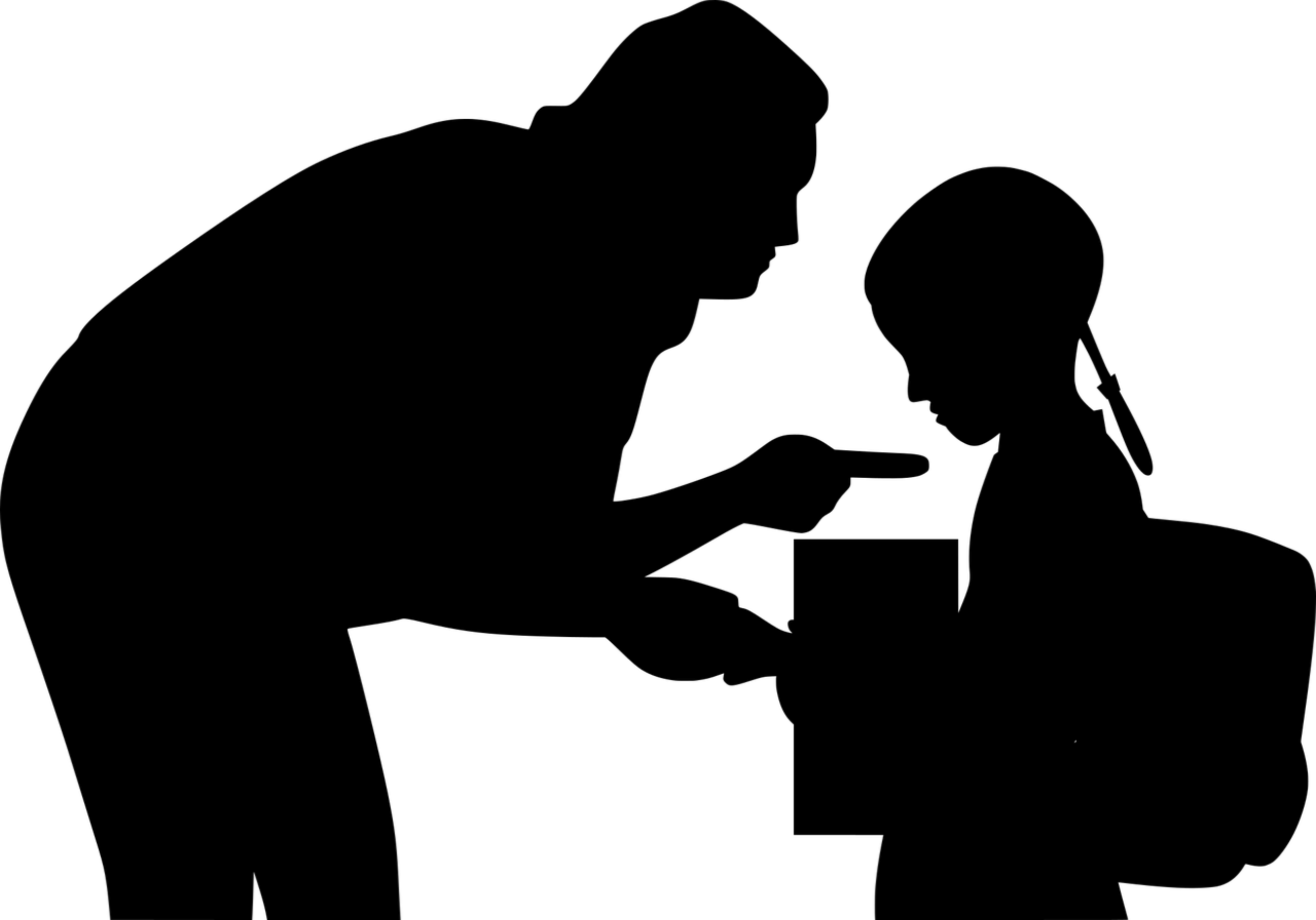 As a result, the value of one’s own judgment can seem insignificant while the scapegoat child survivor strives to win the approving judgment of those in authority.  This is not a result of any weakness in character on the part of the scapegoat child but because Seeking external approval was exactly what the narcissistic parent required. Such a parent would not want their child to be in possession of their own judgment because that could threaten the parent’s sense of control over that child.  And since children are vulnerable to maintain a relationship with that parent at all costs, they will force themselves to abandon their judgment in favor of the parent’s for the sake of keeping the relationship going.

If you’ve survived narcissistic abuse as the scapegoat child and you’re reading this then I bet you very much want to find it safe to know and express your judgment in life.  One way I can offer to work towards this is to begin to challenge the prior assumption that your judgment is somehow more fallible than anyone else’s – even those in authority.  I’d like to offer a personal experience that revealed to me how to do this and it’s been an experience that I’ve come back to time and again:

I took a U.S. History class in my undergraduate studies and my professor was very engaging and sincerely interested in the points of view of his students.  Towards the end of the semester we had to write a ‘critical analysis’ on a book of our choosing.  I selected a book on the rice trade in the Carolinas during the era of slavery.  We had to do two drafts and the professor met with us after the first draft to give feedback before writing the second draft.  In my first draft I basically wrote a detailed summary of the book.

I wrote an introduction, described what the main points in each chapter with a lot of lengthy quotations from the text, and wrote a conclusion that reiterated everything I’d written.  I’ll always remember the meeting with that professor because he said although the prose was good he had no idea what I thought about the book’s main points.

I said, “well how am I in any position to have an opinion on the book?  I didn’t take part in the rice trade back then and I’m no expert on history!”

He said, “that doesn’t matter.  You get to have a point of view on this and it’s as valuable as anyone else’s – even the book’s author.”

Well, this threw me for a loop – a good loop though.

I remember going home and pacing back and forth in front of my computer trying to make internal space to listen to and know my own point of view about the book.  I would think about a main point in the book then do something really unfamiliar up to that point: ask myself whether I agreed with the point or not?  This led to writing things that I never thought I was supposed to write in a classroom…starting sentences with ‘In my opinion…’ or challenging the basis of some of the author’s conclusions.  In the end the paper became something I was really proud of because it had come from me.  It mattered much less to me what grade I got.

My hope is that this example might serve as a metaphor for approaching life as an opportunity for critical analysis rather than regurgitating a book report.  Of course, this can only be done when you’re not at the mercy of a narcissistically abusive person.  Once you’ve achieved enough distance from this person it may be useful to begin asking yourself whether you agree with certain points – particularly those from people in authority – or not!  With compassion, practice, and patience towards yourself you may grow to feel more in possession of your own judgment.

And of course, therapy is an important way to practice thinking critically in a safe relationship.  There is a form of therapy, called Control-Mastery Theory that tailors treatment to each client’s specific goals and is particularly appropriate for recovering your own judgment in this regard.  Whether you are a therapist or a survivor or both, you might find my new ebook on ‘A treatment for survivors of narcissistic abuse that works: The basics of Control-Mastery Theory’ useful.  I describe The 5-step approach to structuring treatment around clients’ goals and the beliefs that stand in the way of those goals.  I also offer examples of applying this method to Good Will Hunting and a Youtube viral video.  My hope is that the reader will come away with a visceral sense of the principles of this approach to therapy.