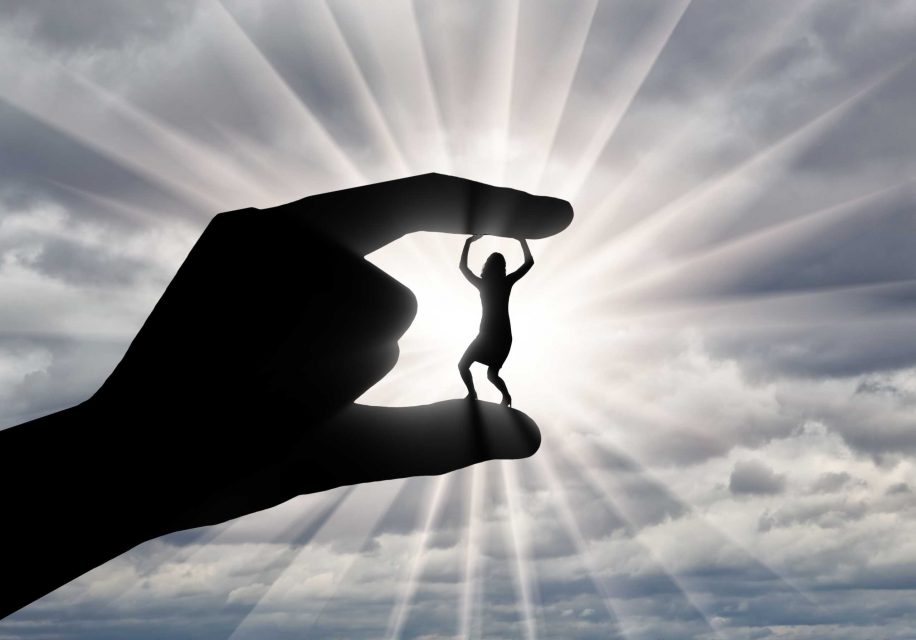 If you have survived narcissistic abuse then you likely felt singled out and treated with unbridled contempt and devaluation.  I think that one of the worst features of this form of abuse – or any form of bullying for that matter – is how the abuser regards you as lower status than him or her.  It’s the narcissist’s assumption that you are lower status which permits them to treat you so poorly with impunity.  Once the narcissistic abuser sees you as lower status then your opinion of them ceases to matter.  They are now free to heap as much scorn and contempt upon you as their psychopathology requires without consequences.  For the scapegoat survivor of such abuse it is the knowledge that the narcissist saw them as someone whose opinion did not matter.  There is a particular gut-wrenching anger that can result for the scapegoat survivor at this utter degradation of who they are in the world.

In today’s post, I’m going to explain how the narcissist’s regarding you as lower status had absolutely nothing to do with the status you actually deserve in this world.  Next, I’ll offer some examples of how a scapegoat child to a narcissistic parent is influenced to think of themselves as lower status than the narcissistic parent.  And I hope you’ll watch to the end because I want to offer a really important strategy to escape the trap of trying to prove your status to yourself after narcissistic abuse and assume the equal status to others that you’ve deserved all along.  This can allow you to recover your status after narcissistic abuse.

Well, my name is Jay Reid and I’m a licensed psychotherapist in California specializing in helping individuals recover from narcissistic abuse in individual therapy and through my online course & community. We take a 3-pronged approach to recover of:

Today’s blog falls under the category of ‘living in defiance of the narcissist’s rules’ and Gaining distance from the narcissistic abuser.

If you were a scapegoat survivor of a narcissistic parent or partner then check out my free e-book on this topic.  It’s called Surviving Narcissistic Abuse as the Scapegoat and goes into other important aspects of what it’s like to be in the shoes of the scapegoat child or partner of the narcissistic abuser.  From self-limiting beliefs about yourself that you must adopt to survive to why the narcissistic personality is so geared to put those closest to them down.  Along with today’s post, this e-book can help you realize how none of this abuse was your fault but the product of the narcissist’s psychological and emotional problems.  You can find the link to the book by clicking here.

Someone with Narcissistic Personality Disorder experiences a core sense of worthlessness that they find intolerable.  They cope by denying this feeling and insisting the opposite to themselves – that they are in fact more special and important than others.  Unfortunately, since denial is never a very viable strategy, those feelings of worthlessness don’t simply disappear.  The narcissist now needs to find someone else – usually someone over whom they have authority like a child – to relocate these feelings into.  By the way, if you want to learn more about this process of how a narcissistic parent relocates their intolerable feelings into a child, I’m proud to say I’ve just published an academic paper in a journal with my friend and colleague David Kealy on this process called “Understanding and working with the effects of parental pathological projective identification“.  You can find the link here.

What does it mean for the scapegoated child when the narcissist sees them as lower status?

I think the most painful part of being deemed lower status than the narcissist and the rest of the family is that the scapegoated child has to live with the knowledge that these people do not care what the child thinks about them.  This is a devastating blow for anyone in relationship to someone else.  The fundamental glue that holds two people in a relationship together is a mutual caring and respect for what the other person thinks about each person.  Sure there is unconditional love in some very close relationships but at a minimum each party values the other enough that the other’s evaluation matters to them.  This prevents one person from acting abusively towards the other because they care about the other person’s perception of them and do not want to give them reason to see the person as mean or cruel. 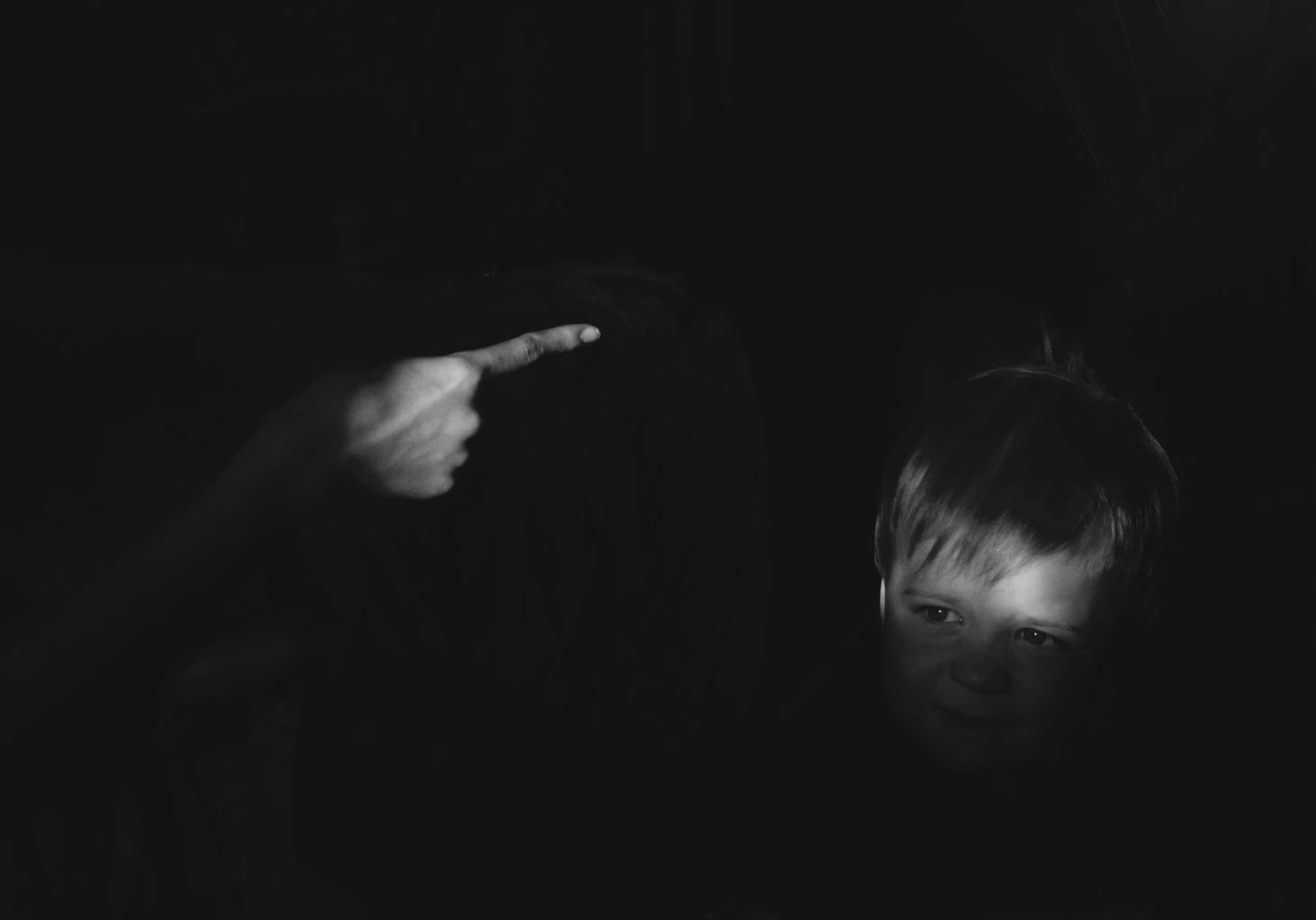 The scapegoat child does not have this glue in his relationship to his narcissistic family.  They do not see him as possessing enough status to care what he thinks of them and are therefore liberated to treat him terribly without consequence.  Sure, the scapegoat child may seethe with anger and indignation at how they always seemed to be against him but his anger will not be taken seriously.

Importantly the claim that the scapegoat child is of lower status than the rest of the family is a pure fiction.  It is just not true.  Scapegoat survivors of such treatment often speak of having to swallow an identity thrust upon them that always felt incorrect yet was reinforced over and over by their family.  Like a badge with a pin on it being pushed into the skin of the scapegoated child.  It hurts when it goes in, yet can’t be taken off if the child is going to stay in the family.

How to recover your status after narcissistic abuse

Put another way, how does one fight a lie?  Well, I think it can be a trap to try to prove to the original accusers that they were wrong.  The reason is that it lends too much legitimacy to their initial claims that you were lower status.  It’s a way of framing your identity that when you protest it, you risk giving it more reality than it deserves.  I think there are a lot of examples of this principle in popular culture – where a person says something about another person and when that person tries to defend themselves it only reinforces in everyone’s mind that they’re only defending themselves because there was something to the initial accusation.

With that understanding in hand, the next step is to gain psychological, emotional, and perhaps physical distance from the person or system insisting on you being lower status.  This, to me, is equivalent to the way out of the Chinese fingertrap.  For those who don’t know, this is a woven tube of bamboo shoots where you stick your two index fingers in on either sides of the tube.  The harder you pull your fingers out the tighter the tube gets on your fingers.  But if you push your fingers deeper into the tube the tube widens and you’re able to pull your fingers out.  Getting distance from the narcissistically abusive person or group that insists on your lower status is a lot like doing the counterintuitive thing with the fingertrap that actually leads to a solution.  Instead of trying to prove to the narcissistic abuser that you are of equal status, you are walking away while allowing them to think or claim whatever they like.  And in the meantime the stress of knowing you are being regarded as lower status is absent and figures less and less prominently in your experience of yourself and your own life.

Once enough distance is in place where the condition for relating to others is not that you assume a lower status position, you can begin to live as if you have equal status as others.  This may be unfamiliar to scapegoat survivors of narcissistic abuse.  As such, it can be useful to just pay attention to what it feels like to assume your equal status.  As you live in this manner and assume that your point of view, ideas, preferences are as legitimate as others’ you may experience a sense of acceptance and appreciation for who you uniquely are and what you bring to the world.  And it may take some time to get to that point, which I would encourage working towards offering yourself patience and compassion as you do this.