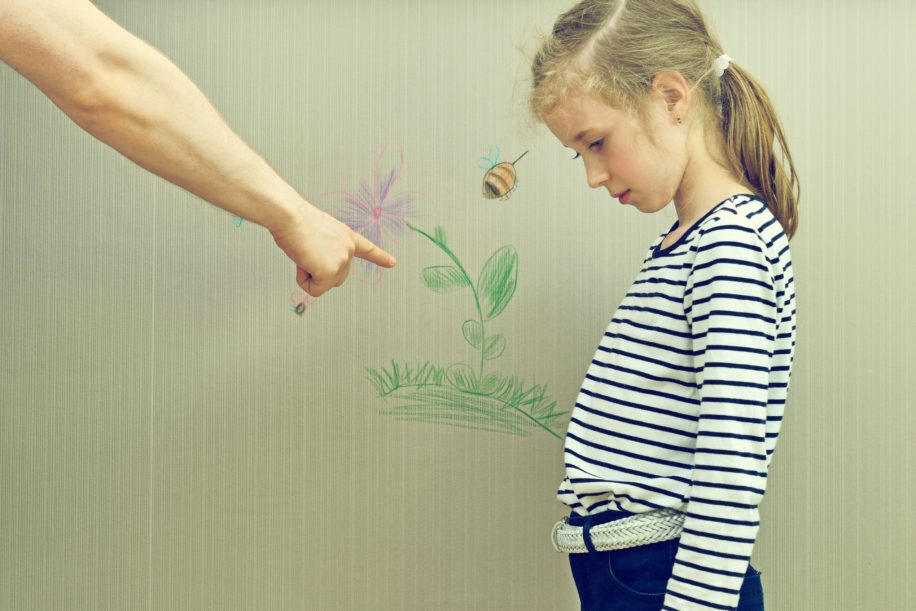 To know whether you experienced a bad childhood, take this short assessment.
The majority of adults in the United States had parents who were ‘good-enough’. This does not mean that everything was perfect in these families. Rather there was enough consistency, support, and flexibility for children to develop.
There is a sizable minority in the population whose parents were far from ‘good-enough’. In these instances, children were not provided with the minimal conditions to develop. I define a ‘bad childhood’ as knowing that your emotional, physical, and/or sexual safety was not guaranteed by your caretakers. Once a child feels unsafe like this, his priority must be to manage his parent’s feelings and behavior – instead of focusing on his own development.

1) one or more parents were unpredictable in their availability leaving a child unable to know when she’d feel cared for
2) a parent committed the ultimate betrayal and violated sexual boundaries with a child
3) a parent flew into rages and screamed at the child for ‘unforgivable’ mistakes like tracking mud in the house or failing to do a household chore
4) a parent physically terrorizing a child with a slap, choke, punch, push or kick
5) a parent breaking inanimate objects in displays of extreme anger at the child
6) a parent demanding implicitly – if not explicitly – the child meet the parent’s emotional needs at the expense of the child’s own needs
7) a parent showing little interest in the child’s inner world – the traumatizing old adage that “children should be seen and not heard”.
A child treated this way does not have the luxury of saying “to hell with Mom and Dad, I’m going to find someone who treats me well.” Instead, they face the crazy-making task of adapting to the parent’s bad behavior so that the parent will still want to attach to the child. The parent gets a blank check to do what they want because the child needs the parent for their own survival. Human beings are born into this world small and helpless. Their only shot at survival depends on their bigger – more capable – parent’s willingness to care for and protect them. If the parent acts badly the kid will try to adapt his behavior, attitude, and/or feeling states to keep the parent willing to provide care.
Let’s go back to the list above of ways a parent can interrupt the child’s own development.

What a child might tell himself in each of the above situations:

1) “I only deserve attention when I am pleasing to someone else.”
2) “If I want to be loved by someone then I can’t say ‘No’.”
3) “I am bad, irresponsible, and lazy, that’s why I get yelled at.”
4) “I am undeserving of patience and protection”.
5) “I can be so bad that I make others enraged.”
6) “My parents’ needs are more important than mine.”
7) “My thoughts and feelings threaten are burdensome to others and make them disinterested in me.”
As you might imagine, these kinds of explanations for the parent’s shortcomings can make the kid’s life difficult. The child will likely shift these explanations into full-fledged beliefs about how to avoid danger in important relationships. An adult with these kinds of beliefs may have difficulty finding relationship partners who treat her well. If a suitable partner is found the person may feel undeserving of being treated so well.

What can be done?

I listed out the kinds of beliefs that a kid can hold when faced with a bad childhood because they signal how such difficulties can be overcome. The beliefs that were developed in the face of being mistreated by someone whom you depended upon can be brought to the fore and disconfirmed. This can happen in therapy where you have the chance to feel understood and supported in your goals for yourself. A good therapist can help you build awareness of what such beliefs might be operating in your life, how they came to be, and provide evidence that they are no longer true. If these beliefs can be disconfirmed then the adult is freed to focus on his own needs and happiness. This is basically how successful psychotherapy works.

Let’s work through the first scenario above and belief as it might unfold in a successful course of therapy. Joan’s* parents were preoccupied with their own lives throughout her childhood. They showed her attention when she accomplished something but otherwise expected her to fend for herself. She came to therapy complaining of being able to feel fulfilled in her job – though she was very successful – and unsatisfied in her relationship. Over the course of several months, the consistent schedule of weekly therapy provided one piece of counter-evidence to the idea that she only deserves attention when it pleases the other person. In the third month, she grew emboldened to say that she felt criticized by the way I responded to her when she said that she realized her coworkers think highly of her. I asked what she thought interfered with her knowing this earlier and noticed how she had an air of exasperation as she said she did not know. As she continued to talk she seemed much less vitalized. I asked what was happening and she said that my statement had taken the wind out of her sails because it meant to her that she should have realized this earlier. She was right and I told her as much. I asked her more questions about how it was for me to respond the way I did when she was rightfully expecting affirmation. We discussed how the most helpful part about this exchange was that someone was showing consistent interest in her even when she was saying something potentially ‘displeasing’ to that person. Over time, Joan worked hard to test and disconfirm her belief that she only deserves attention if she’s pleasing to the othe. She is now able to show many more sides of herself in relationships while expecting others to be interested and curious each side.

Jay Reid is a Licensed Professional Clinical Counselor (LPCC).  If you had a bad childhood and are interested in therapy,  I encourage you to  contact me for a free 15-minute phone consultation to see if we might be the right fit.