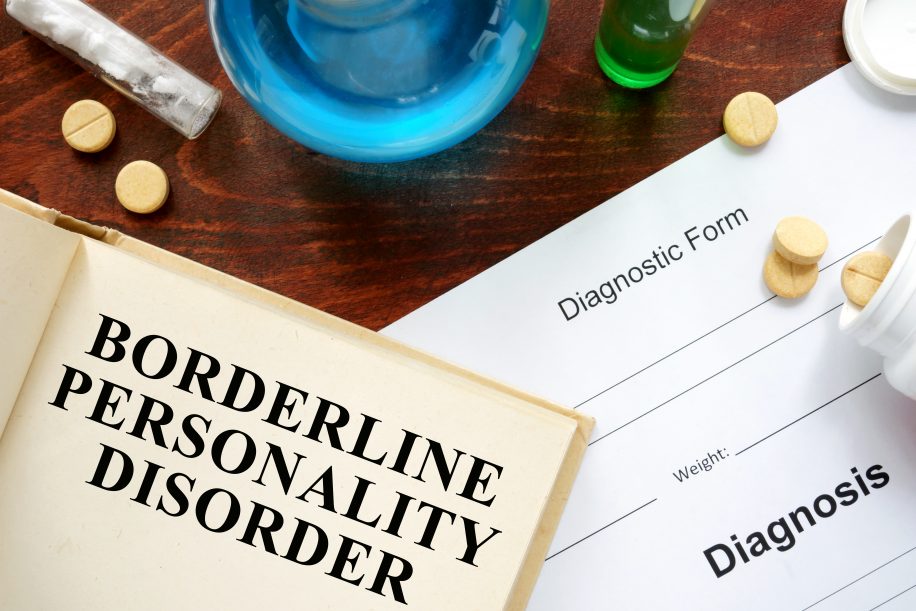 Did you tend to feel any of these ways with a parent or a partner?

If any of these points reflected your experience with a parent or a partner then you may have survived a different but related form of abuse that I talk about in this blog: Borderline Personality abuse.  Sometimes, in families, there can be one parent who is narcissistic and the other who is borderline.  So, if the content of this blog post resonates, then you may have survived both narcissistic and borderline abuse in your family of origin.

My name is Jay Reid and I am a licensed psychotherapist in San Francisco, CA.  I specialize in helping people recover from ‘bad childhoods’.  Often these bad childhoods take the form of having a narcissistic parent and I have an online course and facebook community devoted to recovery from this process.  Today, I’m going to extend that discussion to the experience and recovery from having a borderline parent.

What is Borderline Personality Disorder?

Borderline personality is – in essence – a story of attachment gone awry

I think that borderline personality is – in essence – a story of attachment gone awry.  The person with this condition feels terrifyingly insecure in the strength of the bonds connecting them to others, in the strength of the bonds connecting others to them, and relatedly in the lack of strength of the bond connecting themselves within.  Moments of attachment are had, but they seem to be unjustly and horrifyingly interrupted in ways that send them into an abyss of rejection, self-loathing, and being nobody to no one.  They live under the constantly looming threat of abandonment and/or getting taken over by too much closeness (something psychologists call ‘engulfment’).

The problem of transitions for the Borderline Personality

As a result, transitions in life are often retraumatizing for the person with borderline and can often result in them traumatizing those around them in their efforts to cope.  A transition involves some sort of change in one’s current state into a different state and set of circumstances.  So, some sort of separation and/or reunion is always part of a transition.  In these moments, a person with borderline is particularly susceptible to seeing others and/or themselves as either all-good or all-bad.  Here’s why: a parent with borderline personality could feel the trauma of abandonment just by their child doing something normal like running away from them to go play with their friends on the playground.  The parent feels rejected and has the “choice” of either feeling all-bad to themselves and like their child gets to gleefully rub their noses in how bad they feel OR they can relocate the all-bad feeling and see the child as the bad one who has so maliciously made them feel abandoned.  This latter strategy saves the parent from feeling the abandonment terror but puts the child in a very bad position.

So, the borderline person is faced with feeling retraumatized throughout the course of most days since transitions and their accompanying separations and reunions are pretty frequent in most of our lives.  They will likely split and see the other as either all-bad and themselves as all-good OR if they have no authority over the other then they may see the other as all-good and suffer with seeing themselves as all-bad.  The child of the borderline parent is under the authority or power of that parent so they will often be made into the all-bad one – or the scapegoat for the borderline to use the child in an abusive way that serves to manage their own feelings of rejection and abandonment.  But, if the borderline parent is married to a narcissistic spouse then the latter may be perceived as the one with the power in the relationship and so the borderline parent may blame him or herself when she feels abandoned by the narcissistic spouse.  So, for instance, a borderline spouse may feel rejected and abandoned when the narcissistic partner leaves for work but if the borderline fears being even further rejected by blaming and attacking the character of the narcissistic spouse then he or she may just endure feeling like the all-bad person in the relationship.  What will often happen in such instances is that the borderline person will redirect these feelings into a relationship where they do hold the power.  So, again, when the borderline person’s child comes back into the mix then he or she may really let that child have it as a way to return themselves to feeling like the all-good self and having the other person be the one who is all-bad.

The difference between Narcissistic vs Borderline Personality Disorder

In blunt terms, borderline personality is about maintaining faltering attachments while narcissistic personality is about maintaining faltering self-esteem.  Narcissists have a more stable – though fragile – sense of self that disavows dependency on anyone else and is artificially inflated.  So long as the narcissist can coerce others to fulfill their sense of entitlement to being more special and important than others then they may enjoy a buoyant – though empty in the core – sense of self that can seem stable.

In contrast, the Borderline Personality is extremely sensitive to transitions that are commonplace in life so they will be much less stable in their emotions, thoughts and behaviors.  When they perceive someone to have wronged them then they can grow enraged.  Screaming tirades, physical abuse, and the like are commonplace with Borderline Personality.  They can often pay attention to power dynamics in relationships so that they know with whom they can get away with such displays.  But once they feel empowered and able to treat the other without fear of retribution then they will feel permitted to unleash whatever they want towards that unfortunate person.

So, a narcissistic person may go for longer periods of time in a state of pseudo-stability whereas the borderline person will be way less likely to be able to keep it together for as long.  There are just too many triggers that the Borderline is susceptible to and there is no real resting peaceful state for them.  If they feel the threat of abandonment is not immediate, it will likely still feel as if it’s right around the corner.

John that came to therapy to work through impacts of borderline abuse he suffered from his mother.  John described his mother as never being happy with him in a way he could trust.  She might laud him for bringing home an ‘A’ on his report card in third grade but after the gleam of that moment wore off she was likely going to yell at him for not doing some chore around the house that she’d supposedly asked him to do. (Her fear of engulfment kicking in after she felt close to her son by paying him the compliment) He recalled her having nightly screaming bouts at his father centered around the father’s refusal to “emotionally connect” with her in the way she insisted was necessary for a “happy marriage”. (Her fear of abandonment resulting in seeing her husband as all-bad and herself as the all-good victim).  She seemed perennially disappointed with her husband until he left her for another woman and she sought to woo him back (Now seeing him as all-good and herself as the all-bad worthless one).  This continued until he threatened to take custody of John and his younger sister where His mother returned him to the all-bad role.

Life with his borderline mother was very difficult for John.  She began to thwart his efforts to make friends at school by insisting she get to speak to the parents of any kid he wanted to hang out with.  This was humiliating to John but his protests were met with indifference and ultimately he ended up avoiding relationships because of the trouble his mother would have caused him if he hadn’t.  John recalled that when his mother would get home after work, there would be a time of good humor as she made dinner.  Then as dinner progressed, she would unfailingly find some fault in him or his actions that led her to explode into a rage at him where she assassinated his character for being ‘selfish’, ‘inconsiderate’, and ‘uncaring about the family’.  (Again His mother’s fear of engulfment kicking in after a period of good will).  In therapy it was concluded that His mother felt free to unleash her rage and devaluation at John because of the power she held over him as his mother.  He was unable to effectively fight back due to his dependency on her at the time so she did not have to fear retribution for her bouts of torment of him.  This also illustrates the lack of empathy for others feelings exhibited by many borderline parents when they need to use another person to patch up their fragile psychology.  The borderline person is utterly disinterested in how this usage might be affecting the other person.

Jay Reid is a Licensed Professional Clinical Counselor (LPCC).  If you are considering therapy for overcoming a childhood with one or more narcissistic or borderline parents please contact me for a free 15-minute phone consultation.