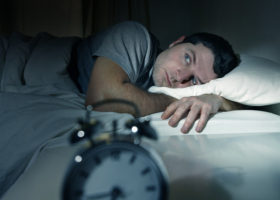 Is this familiar to you?

John woke with a startle.  His stomach was knotted in dread. He felt like something beyond terrible was still about to happen.  Gradually he realized he was awake but felt punctured.  His nightmare was all too familiar to him: he is taken captive by a terrorist group and forced to undergo torturous treatments.

“John” has dreams like this 3-5 nights per week.  As a child and adolescent, he was physically abused by his father.  The trauma of being helpless and victimized by his father’s overpowering attacks continues to haunt him.  John’s nightmares disrupt his ability to restore himself with a decent night’s sleep.  John has grown to dread going to bed.  He cannot be sure if he will wake up in terror tonight or not.

About 80% of people with PTSD experience nightmares.

Trauma is a stressor that outstrips your abilities to cope.  It overwhelms your system at every level.  Afterwards, there can be a shattering of your expectation that things will turn out OK.  This loss of innocence requires your system to find a way to make sense of what happened to you.

Your system needs to figure out how to go on living in a world where you were once traumatized.

Believe it or not, nightmares can be part of this reorganization process.  In order to go on living in a world where you were victimized, your system must undergo changes and the meaning attributed to your trauma must undergo changes. Nightmares about a traumatic experience can be an attempt to integrate the meaning of the trauma into one’s view of the world.

How to cope with nightmares

Keep a dream log and take control of the endings!

Make these rehearsals and relaxation part of your nightly sleep ritual.  Research has shown that frequency and severity of nightmares in PTSD victims is significantly reduced by taking these steps. 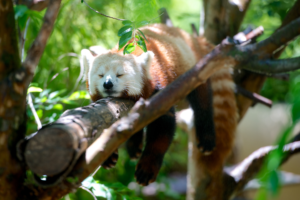 Another critical component to coping with nightmares is to engage in psychotherapy with someone trained to help you process and move beyond your trauma.  Click here to learn more about my approach to working with survivors of trauma.

Do you need help dealing with the symptoms of PTSD?

If so, contact Jay Reid for a FREE 15-minute phone consultation to discuss this issue and find out how I can help. Call me now at 415-944-3628 or Email me

Jay Reid is a Licensed Professional Clinical Counselor (LPCC).   He has several years of experience helping people develop more empowered relationships with themselves and others.