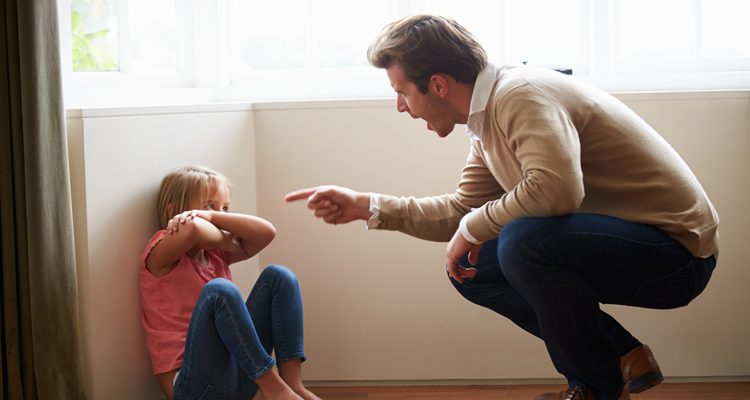 There is a form of psychological abuse committed by narcissistic parents that is hard to identify for a child. It is a psychological process that is designed to mess with the child’s sense of himself or herself. In fact, therapists sometimes get paid the ‘big bucks’ so that they can bring all of their professional and personal training in therapy to know when it’s happening and work to resolve it. Outside of trained professionals, it can be very difficult get out of these interpersonal knots.

Pathological projective identification involves a parent relocating an unbearable sense of himself or herself and ‘finding’ it in their child (Seligman, 2018). Next, the parent acts coercively to influence the child to see the relocated fragment of the parent’s experience as the child’s own. In essence, the parent influences the child to identify with what he or she is projecting. This is a fragile arrangement, however, and the parent must continually work to keep the location of the unwanted experience in the child rather than himself.

The process of projective identification is illustrated in how an adult male client named Terry* described the nearly nightly bouts of emotional and verbal abuse he suffered at the hands of his mother throughout his teenage years.  Terry’s mother came from a very well-heeled family and she idealized her tycoon father whose professional success stood in contrast to his ability to act paternally towards her.  He was rarely home and insisted on seeing her as a sychophantal ally for her to have any sort of interaction with him.  Her father had enemies in her family – including her mother and her brother.  Terry’s mother felt compelled to be on her father’s side in these disputes.  In therapy, Terry recalled knowing it was a matter of when not if his mother would decide he had done something ‘selfish’ and scream at him for being uncaring and irresponsible.

In treatment we worked to reconstruct what triggered his mother’s attacks at him.  Rather than Terry being a ‘selfish kid’ as he was coerced to conclude growing up, his therapist inferred that his mother was relocating her own intolerable feelings of selfishness and finding them in Terry.  Attending to herself in her own childhood would have compromised her ability to comply with the strictures her father insisted upon if she were to be in his life.  She seemed practiced in denying her own needs and seeing them in others.  Terry’s parents divorced when he was ten years old and Terry described his father as unavailable to confide in and disinterested in involving himself enough to protect Terry from his mother’s abuse.

Terry would describe how a seemingly trivial oversight in his completing of a nightly chore would often evoke her attack.  She might perceive him to have hastily loaded the dishwasher after dinner and then scream at him for only caring about himself and being completely ungrateful for how hard she works to care for him and his sisters.   Importantly, Terry’s mother did not consciously deliberate to determine that Terry was ‘being selfish’ – rather, she knew he was selfish.  His mother showed complete certitude in her accusations and condemnations of his character.She was right in a sense that defied challenge from anyone – including Terry.  He had no choice but to comply with her projection of him and experience himself as selfish and inconsiderate.  Doing so allowed him to go on being with his mother in an important way.  He would typically walk away from her tirades in tears and go up to his room with feelings of panic and helplessness.

The parent MUST be right

Terry’s mother’s verbal attacks on Terry illustrate several features of this psychological process for both parties. To start with, Terry’s mother had to be right about her accusations towards Terry. There is a lot at stake when the parent dislocates an internal state into a child. The implication is that the parent could not psychologically survive to know about this aspect of himself or herself. The intensity of shame, terror, and/or despair would presumably be too great. The parent is convinced at a deep level that he or she would have nobody to safely express these feelings to so that he or she could feel more regulated and able to be soothed. Instead the feelings must be ejected and found – with absolute certainty in the communication – in the child.  Terry’s mother could not survive being wrong that her son was selfish in these moments. There is no set of verbal counterarguments that can convince someone like Terry’s mother – in such moments – otherwise.

Terry’s experience in these nightly attacks highlights the impact of his mother’s absolute requirement that she be right about him. He recalled sensing that all he could do once she grew furious at him was endure her hostility. He knew there was nothing he could say to change her mind about him. It was as if his and her very sense of having a shared reality depended upon him complying with her efforts to get him to identify with the selfishness she could not stand in herself. Terry was hamstrung from being able to protect himself from her because to deny her accusations meant to break apart the only way available to exist with her as his mother and he as her son. That is the ‘or else’ quality that is imposed upon the recipient of the other’s projection. To not comply obliterates the only form of connection that is available – something that must be avoided at all costs by a child in relation to a parent.

Negation of the child’s subjectivity

Terry felt implicitly abandoned in the course of these exchanges. Part of the demand that he think about himself the way she insisted he does was that anything he felt, thought, or cared about was wholly disregarded by her. All that mattered was his mother’s psychology and what she needed to stay intact in these moments. She did not have the capacity to notice her own feelings and stay responsive to Terry. This led to a chronic sense for Terry that relationships did not offer much for him – he very much saw them as arrangements that took from him.

The impingeing quality of a parent’s projections

Pathological projective identification emits a call to the child that cannot go unheeded. The child feels the weight of the parent’s desperation behind this tactic. The child’s need for the parent sharpens his or her sensitivity to the parent’s psychological demands and motivation to meet them. The very nature of projective identification involves one person needing an unbearable state of mind to exist in someone else or a profound breakdown could occur.  There is a felt imperative to orient to and comply with what the parent is looking to find in the child.  When pathological projective identification is at play, the parent will always find what he is looking for – and the child will help him do so.  The child assists in this process by heeding the call to be what the parent requires him to be. It is not experienced as a choice for the child but rather as the only way to maintain a form of connection to the parent – something that feels absolutely necessary.

Terry experienced this pressure to attend to his mother’s projections as fear of what she would do to him if he did not. He could not exactly name – at first – what he feared she might do. Over time, we grew to understand that he felt the pressure to play along with how she seemed to have to see him or something terrible would happen.  Therapy helped him understand that the ‘something terrible’ might be the psychological collapse of his relationship to her and potentially her ability to remain intact if he did not identify with her projection.

The artificiality of what is identified with

Terry and his therapist worked through the ways he simultaneously felt abandoned and urgently called upon in relation to his mother. He had a vague strange sense of himself as ‘bad’ or ‘selfish’ but even that felt somehow unreal. He knew that her insistence of who he was felt ill-fitting at a core level. This is an important indicator that pathological projective identification was operative with his mother. The ways he thought of himself as bad and later defective had a hollow and subtly artificial sense to them. Although Terry had great difficulty thinking of himself as anything other than selfish and inconsiderate at the beginning of treatment, he knew that they never really rang true and he was left with a sense of not feeling like he knew himself.

Identify with the projection or have and be no one

One of the most insidious aspects for a child caught in this arrangement with a parent is how terrible the alternative of not identifying with the parent’s projections would be for that child.  A child looks to his parent for accurate reinforcement of who he is in the world. A parent’s contingent and affirming responsiveness to the child’s expressions lead to such reinforcement (Seligman, 2018).  A lot happens in these arrangements.  The parent is saying “I am here and exist independently from you and you are there and exist independently from me.  I am curious about you and want to understand as much as you will allow me about you.”  The child now has the requisite space and relational context needed to develop a sense of his authentic way of being with himself and with others.

In pathological projective identification, no such space exists between the parent and child. The parent is saying, “I am here and terrified. No, wait the problem is over there in you. You are terrible. Why are you so terrible?”. The parent cannot regard the child as an independent other person to be found out about. Instead the parent already knows who the child is – the receptacle of her projection – yet also has no clue. The child feels this. He can either be known in a pseudo way as what his parent is coercing him to identify with or he can feel completely unknown – and unknowable – to the parent. The latter prospect is akin to a psychic annihilation for the child. To feel unknown by – and unknowable to – a primary caregiver can mean that one does not really exist and that the parent does not really exist. Such encounters yield a sense of unendurable emptiness, void, terror, despair, and rage. As crushing and ill-fitting as it may feel to identify with the parent’s projections, this alternative is likely worse.

There are two important aspects to recovering from this tactic of abuse. First, one must find new relationships that are stable, consistent, respectful and affirming. Doing so helps to stem the suffering from the implicit abandonment suffered by such children. Second, one must find information within oneself and without that reflects who the person actually is – not just what they were forced to identify with. Such children have had to identify with a false – and negative – notion of who they are. It will be essential to accrue experiences in relationships where they are received accurately.

*All references to clients are amalgamations of people, papers, books, life that do not directly refer to any specific person.
Jay Reid is a Licensed Professional Clinical Counselor (LPCC).  If you are considering therapy for overcoming a childhood with one or more narcissistic parents please contact me for a free 15-minute phone consultation.
References