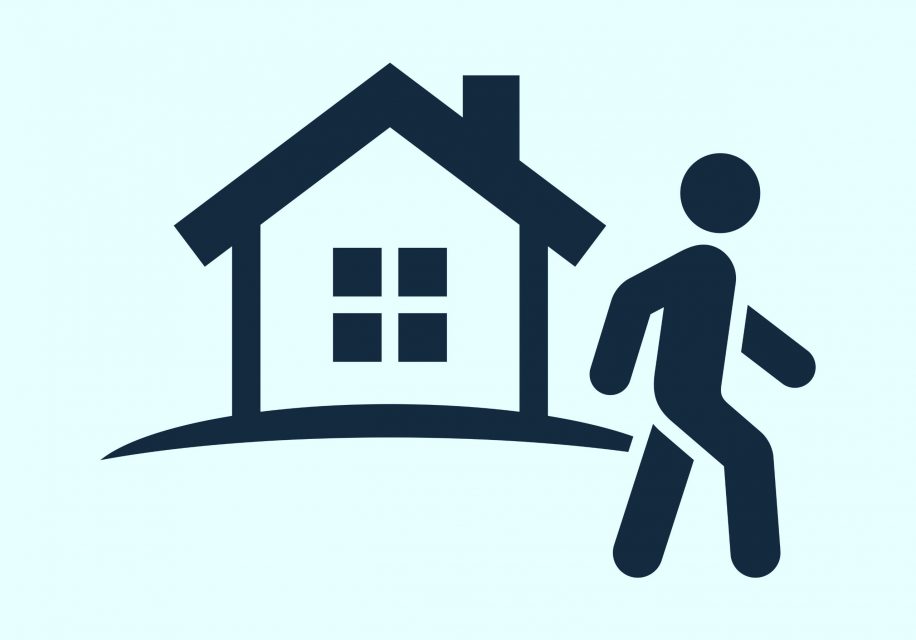 Rick was another anonymized client who grew up as the scapegoat in a family dominated by a narcissistic mother.  He was roundly criticized and yelled at on a daily basis for not doing chores around the house in a “responsible enough” way, or not showing enough deference to his mother, or wanting to see friends outside the family.  Towards the end of high school, Rick had to winnow his life down to working extremely hard in school and doing his chores around the house.  He harbored the secret wish to escape the torment of his home by going to college.  Around May of his senior year of high school he was accepted into a college and began to make plans to live a life that felt less like prison.  He was in a for a terrible surprise.  From the day he was accepted into college until the end of the summer when he left for it, his mother ratcheted up her attacks to an almost unbearable degree.  Rick found himself developing even more intense self-criticism when he was alone with his thoughts.  By the time he got to college, he was so ridden with anxiety over failing his courses, not finding friends, and being a failure that he found it almost impossible to concentrate and do what would have otherwise come naturally to him.

My name is Jay Reid and I’m a licensed psychotherapist in California who specializes in helping people recover from narcissistic abuse.  Narcissistic abuse can leave us feeling lost and estranged from our sense of who we are.  In individual therapy and my online course on recovery from narcissistic abuse I try to offer a map that allows them to come back to the quality of life they know they deserve.  Of course, each survivor must travel this path themselves but a map can be tremendously important to do this with.  And there are 3 features on this map that I call the 3 Pillars to Recovery:

Pillar # 3: living in defiance of the narcissist’s rules. Lastly, one can’t do this in a vacuum.  It is also essential to find and participate in communities of people who can get, validate, and support you on this path.  Today’s post falls under Pillar #2: Gaining distance from the narcissistic abuser.

If you were a scapegoat survivor of a narcissistic parent or partner then I encourage you to check out my free e-book on this topic.  It’s called Surviving Narcissistic Abuse as the Scapegoat and goes into other important aspects of what it’s like to be in the shoes of the scapegoat child or partner of the narcissistic abuser.  From self-limiting beliefs about yourself that you must adopt to survive to why the narcissistic personality is so geared to put those closest to them down.  This e-book can help you realize how none of this abuse was your fault but the product of the narcissist’s psychological and emotional problems.

The narcissistic parent’s psychological need to dominate the scapegoat child

A narcissistic parent has forged a wack solution to the problem of a deep sense of worthlessness.  They have denied these feelings, insisted on their opposite (that they’re in fact worth more than others), and feel entitled to coercively use others to support their fashioned superiority.  Their artificially inflated self-worth is a fragile one that offers them temporary relief from the latent worthlessness, powerlessness, and shame they are constantly trying to evade from within.  However, the cost to those close to them is that they are forced to collude with the narcissist’s efforts to prop themselves up.  And any action from another person which does not do this will result in break-through feelings of worthlessness for the narcissist who will typically attack the other person for failing to prop them up.

I remember a rhyme that kids would say when I was in first grade and it went like this:

Not exactly a bar from a diss track in rap today, but it always stuck with me and I think perfectly encapsulates the narcissistic parent’s attitude towards the scapegoat child.  In order for that parent to feel superior then they need to feel like the boss of you.  Regarding you as being ‘applesauce’, I think, reflects how the parent implicitly devalues the child to assume the position of boss.  Same goes with calling the other ‘rubberband’.  It’s playful in the rhyme but really gets at the heart of the narcissist’s need to domineer others. 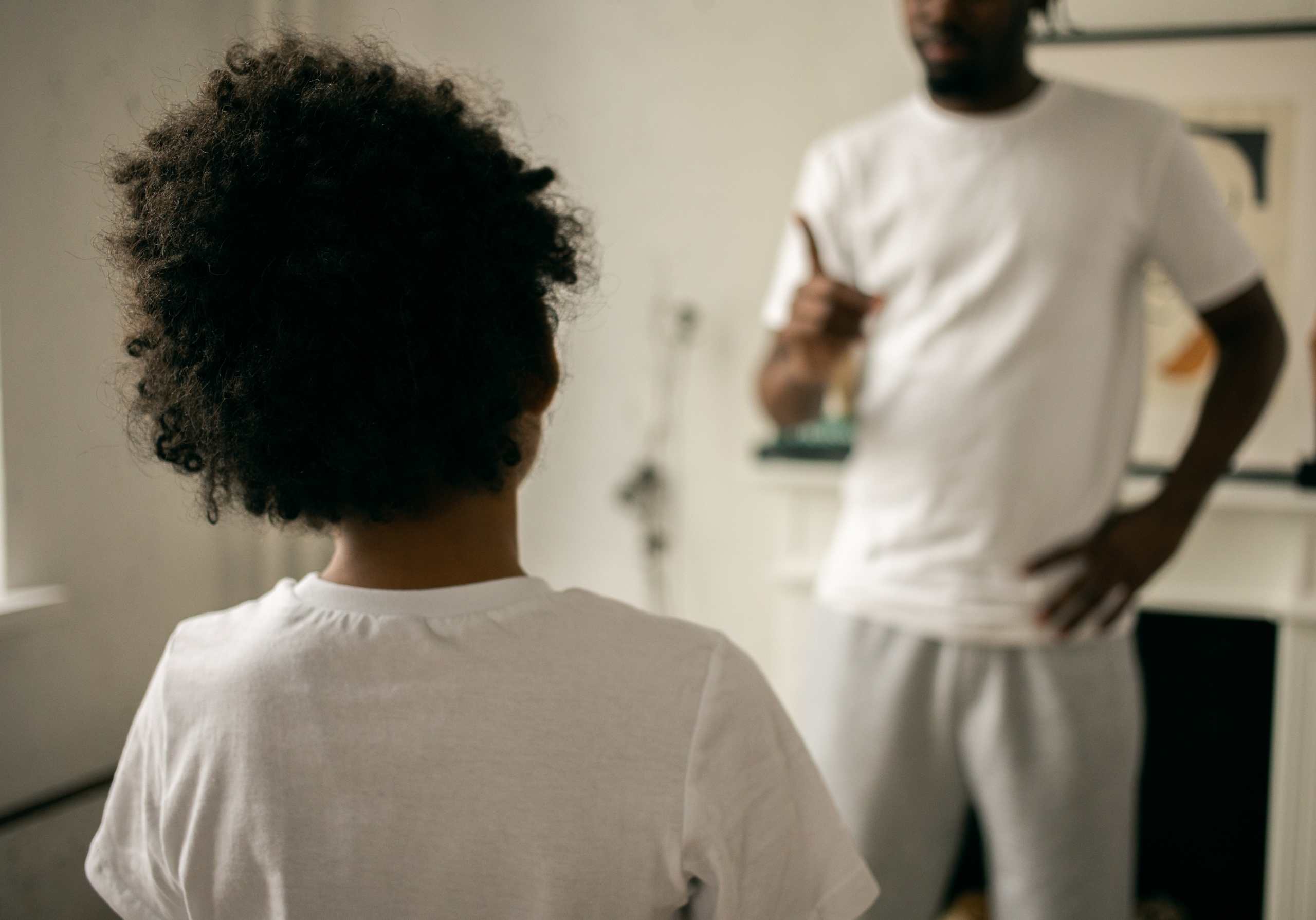 The dangers of moving out for the scapegoat adolescent

Given how necessary the narcissistic parent finds it to be in charge of the scapegoat child, it’s no surprise that it can be extremely dangerous for that child to leave the home.  Whether it’s to go to college, the armed forces, marriage, or to just live on one’s own, these points in life can bring the narcissistic parent face to face with their inability to control the scapegoat child.  The narcissist typically tries to devalue someone whom they cannot control and that may happen intensely in the lead up to the departure of the scapegoat child from the home.  Just as it did for Rick in the example at the start of this blog.

It is therefore an act of great courage for the scapegoat adolescent to move out in the face of such malevolence from the narcissistic parent.  I wanted to make this post to hopefully inform adolescents who are currently in this situation or adults who see an adolescent who is in this situation to be aware of the dangers of the narcissistic parent’s increased attacks when the child is planning to leave home.  My hope is that this awareness may help such children to identify how the parent is acting, why they are doing this, and how the child might protect themselves from believing the malicious attacks being plied against them by a the narcissistic parent.

This situation is similar to what they tell survivors of domestic abuse that the greatest risk of being killed occurs when the victim leaves the abuser.  Such acts fly in the face of the likely narcissistic abuser’s requirement to feel in control of the victim and can inspire murderous levels of narcissistic rage to restore the abuser’s sense of control over the victim.

I think that the most important tactic when leaving the home of a narcissistically abusive parent is to find connections to save others whom you can confide in and feel support from.  It will be very important to experience others feeling happy with you exercising your independence to counter the narcissistic parent’s accusations that you are defective for wanting to leave.  In addition, if you are worried about your physical safety as you transition out of the narcissistic parent’s home, these other people may be able to offer you protection.  In short, the narcissistic abuser preys upon the scapegoat child’s isolation from others so that only the parent has a say on how the child feels about himself or herself.  If you are in this position and can find alternative sources of self-worth in other good relationships then the narcissistic parent will lose a great deal of power over you.