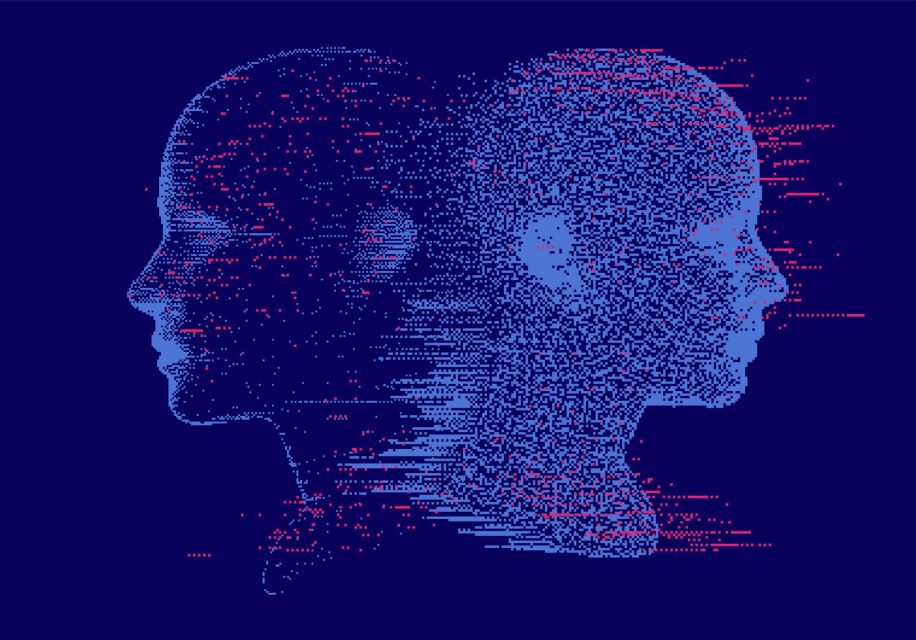 Imagine a child who’s three years old and is exquisitely conscious of the child’s smallness and needfulness. At times he feels a continuity of that dependency with someone upon whom he can depend. A bigger person who seems to be there and take delight in the child. When he’s on the swings at the playground this bigger person pushes the child. The child’s belly gets full of tingles and he laughs uncontrollably. This makes the bigger person laugh too. They share something. The child feels like part of an “us”.

Today I am going to talk about what attachment trauma can feel like for the child of a narcissistic parent. Like the child in the example I just talked about, the child is tasked with knowing two negative things about the child’s parent. And the only way to do this is for the child to dissociate one part of the child’s mind that knows #1 from the part that knows #2. This can leave the child and later the adult in disarray on the inside, like the child’s center is frayed and even empty. Good therapy after narcissistic abuse can involve developing a relationship with a good enough therapist who helps you track, know and eventually feel the feelings that had to be shunned earlier in all their contradictory glory. Therapy that goes on long enough can result in finally feeling safe enough to re-access the feelings that had nowhere to go if you were in that child’s position yourself in the presence of someone you can trust. This can help you mend the split that often occurs for the child gets relationally traumatized by a narcissistically abusive parent.

This post is geared toward survivors of narcissistic abuse and therapists of survivors. Most blogs I post here speak to survivors. Still, suppose you are a therapist or survivor who’s curious about the process of therapy to help people recover from narcissistic abuse. In that case, you might be interested in my free ebook on this topic. It’s called ‘A treatment for narcissistic abuse that works: The basics of Control-Mastery Theory’.

Where does therapy pick up for the survivor of narcissistic abuse? 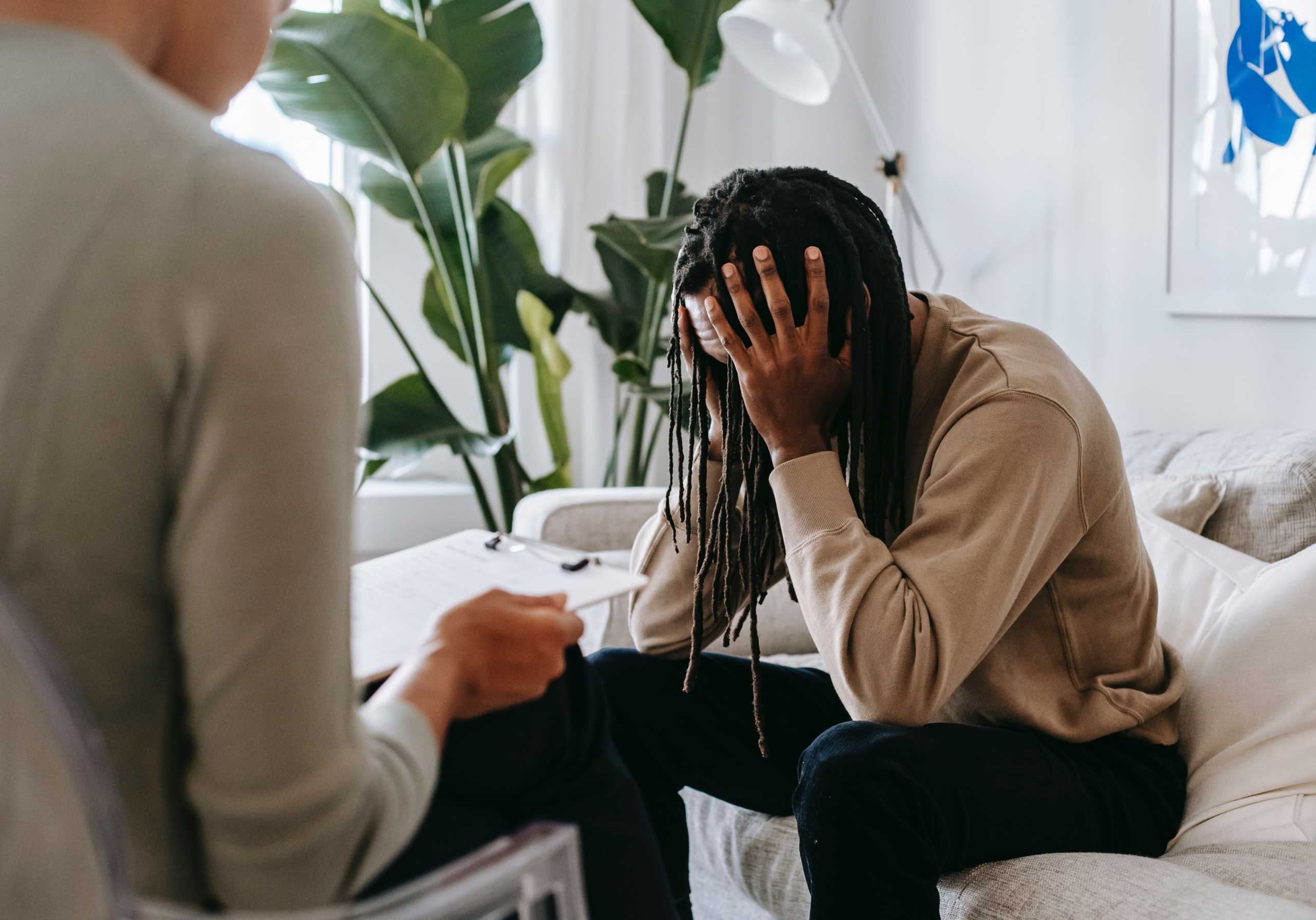 I’m talking today about survivors whose early experience matches, to a degree, the child in the example above. Let’s assume the child I described earlier has matured and grown into an adult in their early twenties. He has found a way to manage the feelings evoked and left unresolved by the child’s narcissistic parent, but life has felt full of tension, dis-ease, and vague fear. He lives life more moment-to-moment than having a sense of continuity between themselves and others in the client’s life. Although he knows he matters a great deal to his trusted friends and partner in his head, he finds this fact to be utterly dubious in the rest of his experience. He feels estranged from his own life. He also feels vibrant, connected to others, and optimistic. Both are true.

This client’s psyche had to organize around the constant cycle of a parent seeming good to turn on the child – over and over and over. It felt beyond catastrophic when he lost the good bigger person to the bad and scary bigger person. On top of this, there was no one to tell. The person he might have told – the bigger person – had already gone away for being so mean to the client. So, this trauma of losing the person or the world he so desperately needed to continue had to be survived completely on the client’s own. This is the type of loss that no child’s mind is equipped to be able to process.

Nonetheless, he had to go on, and he did. As he developed an inner blueprint for what to expect in relationships with others, he was met with the horrible bouts of loss of the good bigger person and the equally disturbing problem of what to do about the now-present bad bigger person. So, the child’s blueprint for what life felt like got suffused with this cycle. Sometimes he would feel good with other people, but then he would feel bad. The good didn’t last,, and the bad never went away.

What can therapy do for the relationally traumatized child?

It’s hard enough for a child with a well-adjusted parent to trust that when the parent fails to be there for the child in the way the child needs, the child can still trust that parent the next time. The well-meaning parent has to demonstrate accountability, concern for the child’s feelings, and an earnest effort to be there the next time for the child. Luckily kids aren’t designed to require perfection. So long as the child feels in synch with the parent roughly a third of the time, he or she will have a good shot at healthy development. When a parent acts like the parent of the child above, the child faces inner devastation at the parent’s failures and loses hope that the parent can or will be there for them the next time. In this story of therapy, the child’s feelings of loss were mended in the therapist-client relationship, where they got to be much briefer and resolvable in contrast to what he’d experienced with the child’s parent. The child learned that he didn’t need to resort to dissociation to manage the overwhelming feelings of loss when the child’s parent would go from nice to mean to the child.

Some therapists may call this from split object relations to whole object relations. Others may talk about dissociative enactments brought into the therapy and result in a new organization of self and others. I believe that survivors of narcissistic abuse from childhood onward may often experience something like what the child went through. I hope this explanation of that experience and how therapy can help with it might be useful.

If you survived this form of abuse and want to read more about what it was like and how you can heal, check out my free ebook on the subject. It’s called Surviving Narcissistic Abuse as the Scapegoat. It goes into other important aspects of what it’s like to be in the shoes of the scapegoat child or partner of the narcissistic abuser. From self-limiting beliefs about yourself that you must adopt to survive to why the narcissistic personality is so geared to put those closest to them down. This ebook can help you realize how none of this abuse was your fault but the product of the narcissist’s psychological and emotional problems.

Jay Reid is a Licensed Professional Clinical Counselor (LPCC). If you are considering therapy for overcoming a childhood with one or more narcissistic parents, please contact me for a free 15-minute phone consultation.