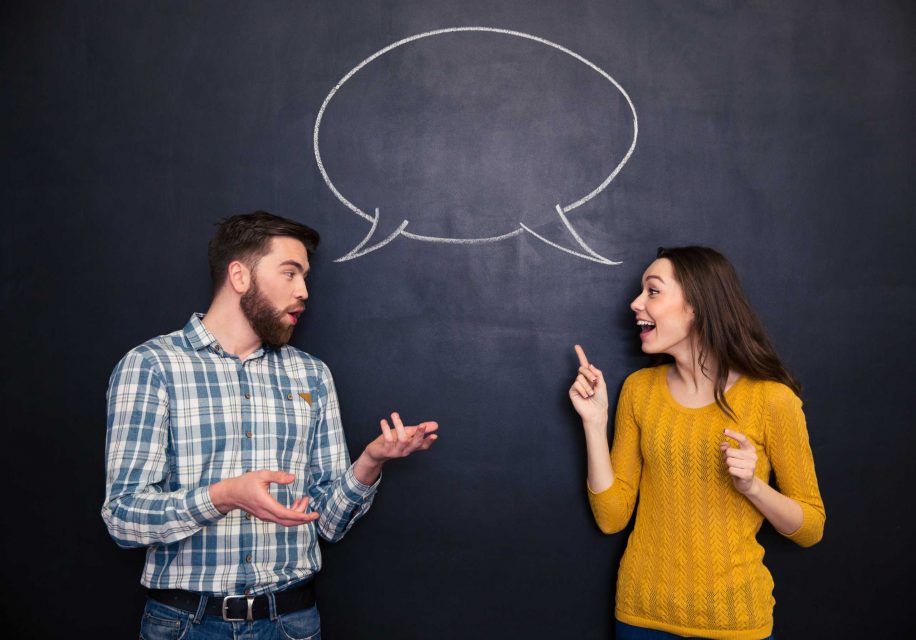 Do you find it difficult to know your own opinion in life?

Do you tend to regard others as the ‘experts’ and defer to their judgment?

Does it seem like whatever you conclude is going to be wrong somehow while others are going to be right?

If you’re familiar with any of these experiences then today’s post may be useful.  A narcissistic parent’s moods and attitudes towards their child can vacillate wildly.  If the child happens to be adding to the parent’s artificially inflated sense of self-worth then they may be the apple of the parent’s eye.  Conversely, if the child is trying to exercise their independence and threatens the parent’s sense of domination over the child then the child may be met with scorn and devaluation.  It is incredibly difficult to make sense of – at a deep level – for the child.

In today’s blog, I am going to describe some of the language traps that the child of the narcissistic parent may find themselves in.  Namely trying to make coherent the fact that the same person the child depends on as a frame of reference for what’s true – their parent – says “I love you” one moment then screams and yells at the child the next.   One of the consequences of such duplicitous communication is the child can learn that language doesn’t mean that much.  I’ll explain how.  Last, I’ll discuss a resource to restore your faith and investment in the power of language.

My name is Jay Reid and I’m a licensed psychotherapist in California who specializes in helping people recover from narcissistic abuse.  Narcissistic abuse can leave us feeling lost and estranged from our sense of who we are.  In individual therapy and my online course on recovery from narcissistic abuse I try to offer a map that allows them to come back to the quality of life they know they deserve.  Of course, each survivor must travel this path themselves but a map can be tremendously important to do this with.  And there are 3 features on this map that I call the 3 Pillars to Recovery:

Pillar # 3: living in defiance of the narcissist’s rules. Lastly, one can’t do this in a vacuum.

It is also essential to find and participate in communities of people who can get, validate, and support you on this path.  Today’s post falls under Pillar #3: Making sense of what happened

The power of language – and when it goes away

I’m a big fan of standup comedy and one of my favorite comics is this guy named Nate Bargatze.  On his podcast recently he and his buddies were discussing language and particularly the seeming arbitrariness of society deeming some words as curse words and others as not.  One of the other guys said something like “Wouldn’t it be nice if we all just decided that no words were bad?”  Nate then made the compelling point that if we’re going to have words that mean something good – like “I love you” – then we have to have words that mean something bad – like “I hate you”.  Otherwise, the good words don’t mean anything.

I thought this was such a compelling point and one that children of narcissistic parents often miss out on.  When you have a parent whose self-esteem is volatile and will go to any lengths to secure a sense of superiority then what comes out of their mouths to you can get real confusing.  When the parent is feeling good the child is likely to hear nice things about themselves. When the parent is feeling bad the child is likely to hear a lot of hurtful and cruel things about themselves.  As one trauma theorist puts it:

“Emotional abuse is not a monolith.  There’s bound to be some good moments amidst the abuse.  It’s more like the mosaic that you get the overarching theme by stepping back and looking at it.”

Well, when a kid desperately wants to believe in the goodness of a narcissistic parent AND that parent acts in very contradictory ways then language can get weird for that child.

Language gets weird because the child is hearing something like “I love you” from the same person who has said – and likely will say again – “I hate you”.  If language is taken seriously then this scenario does not make sense.  I think that the word “love” at its core means something like feeling protected, welcomed, appreciated, accepted and safe.  And getting to feel this way consistently with the same person.  The child of a pathologically narcissistic parent knows not to expect such consistency.  So if the narcissistic parent says “I love you” but the child knows they feel on edge around that parent and that later or earlier in the day the same parent has acted as if they wished the child had never been born then what happens to the word “love” in the child’s mind?

Now the word “love” and a lot of language has to be used in ways that betray the child in a deep way.  Instead of using language to name what the child experiences and honestly communicate that to others and receive their honest communications, it becomes a means towards the end of keeping the narcissistic parent pleased.  So, the word “love” is stripped from the feelings of consistent protection and safety with someone to “the other person is happy with me at the moment because they feel good about themselves.”

Another way that language gets weird during and after narcissistic abuse is in how the child has to use language within themselves to excuse the narcissistic parent’s cruelty towards them.  When the parent acts with cruelty, is domineering, intrusive and/or vindictive then the child has to figure out a way to not take prolonged or genuine offense.  Often a child can do this by not assigning the correct words to their parent’s behavior.  So, the narcissistic mother may get a look of murderous rage in her eyes and scream at her daughter for leaving her toys out but the daughter may not say, “Mom is being mean right now”.

Instead the daughter may use language to focus on what she has supposedly done: “I was a terrible daughter for leaving my toys out.  I am so bad!” and not apply words to describe her mother in these moments.  In these ways there is no language within the daughter that records the narcissistic mother’s bad moments.  This can help the daughter deal with the contradiction between the daughter’s desire to apply the word “love” to a mother who treats the child so hatefully at times.  Yet, the cost is that the daughter has a sense that Language is no longer being used to discover, name then communicate the truth.  Its fundamental purpose is getting frayed because of unsolvable contradictions being presented to the child by the narcissistic parent.

The no-win situation of the child with the narcissistic parent

In these situations where a narcissistic parent says things or acts in ways that are favorable towards the child then this type of dialogue may occur:

Narcissistic parent: “I love you, child”.

Child (to themselves): “My parent hates me and is saying they love me right now. I must be wrong to think they hate me. I am crazy and they really love me.”

“My parent hates me and is saying they love me right now. They must be crazy.”

Neither of these scenarios work for a child but it’s the first one that must be adopted.  The child cannot survive without the hope – at least – that their parent is there for them.  To acknowledge that it is the parent who is misusing language – not the child – would be to know that the child has no one there for them.

How to recover the power of language

I think an important way to recover and use language in the way it was meant to be used is to find relationships where it is safe to know and express what you really think.  If your use of language has had to be compromised recently then it may be especially important to seek therapy.

In therapy you can both process what it was like to have to surrender your use of language in order to survive a narcissistic parent and practice using it as it was intended.  And if you are a therapist, or are interested in how the process of therapy works for survivors of narcissistic abuse, then I would like to point you towards a new ebook that I’ve created for this purpose.  It’s called ‘A treatment for Survivors of Narcissistic Abuse that Works: The basics of Control-Mastery Theory’ and it offers a 5-step process to formulate the cases of survivors of narcissistic abuse, how to help client’s feel safe in and out of session, how to attune to – and promote – your clients’ own efforts to heal from narcissistic abuse, and how such clients’ real problem is their belief that something is wrong with them not the actuality.