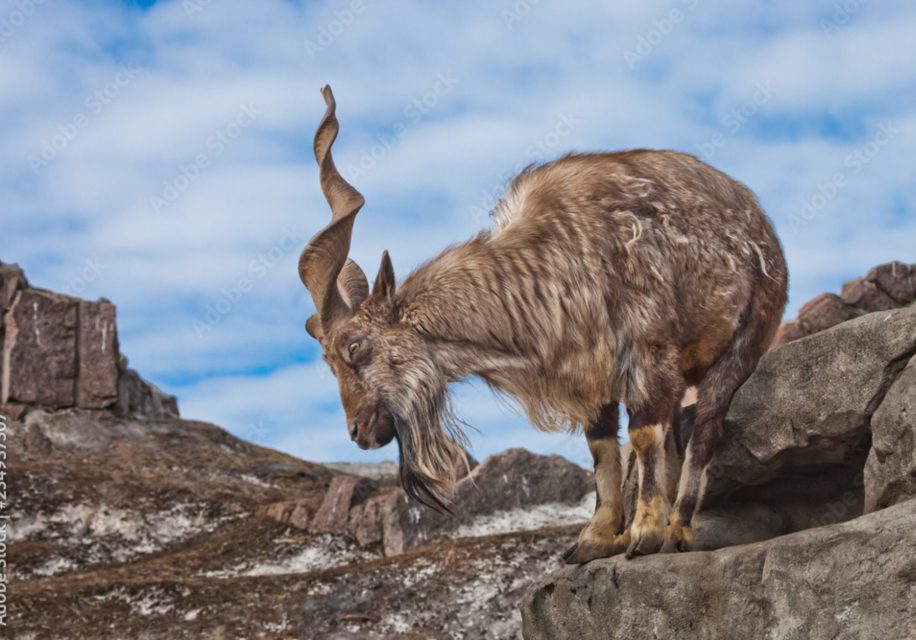 “If I’m not being productive then I’m worthless”

“I am always 1 mistake away from complete ruin”

At some point the scapegoat survivor faces a choice of whether to keep living life according to these beliefs or to see if there’s a more compassionate and meaningful way to treat themselves.

First, my name is Jay Reid and I am a licensed psychotherapist in California who specializes in helping scapegoat survivors complete this journey in their own lives.  I like to think of therapy and my online course as ways to afford each survivor a map of this journey so that they can know the best path to take for themselves.  Of course, each survivor must travel this path themselves but a map can be tremendously important to do this with.  And there are 3 features on this map that I call the 3 Pillars to Recovery:

Pillar # 3: living in defiance of the narcissist’s rules.

Lastly, one can’t do this in a vacuum.  It is essential to find and participate in communities of people who can get, validate, and support you on this path.  Today’s blog addresses all 3 of these pillars.

If you were a scapegoat survivor of a narcissistic parent or partner then I encourage you to check out my free e-book on this topic.  It’s called Surviving Narcissistic Abuse as the Scapegoat and goes into other important aspects of what it’s like to be in the shoes of the scapegoat child or partner of the narcissistic abuser.  From self-limiting beliefs about yourself that you must adopt to survive to why the narcissistic personality is so geared to put those closest to them down.  Along with today’s post, this e-book can help you realize how none of this abuse was your fault but the product of the narcissist’s psychological and emotional problems.  You can find the link to the book by clicking here.

How does the journey of the scapegoat begin?

The term scapegoat comes from a religious scholar’s attempt to describe two rituals that Jewish people performed with goats in the Old Testament in preparation for the Day of Atonement – or Yom Kippur.  One of the goats was simply slaughtered but the other goat was for the members of the community to pin their sins upon and then cast that goat into exile in a rocky headland away from the village.  That second goat is what became known as the scapegoat.

The notion of sin is a good one to understand the experience of the child marked as the scapegoat by the narcissistic family.  Most scapegoat survivors have an indelible and long-held sense that they are guilty, dirty, bad, undeserving of leniency, and incapable of innocence.  They feel like they are full of Original Sin while those around them are blameless, superior, innocent and much more deserving than the scapegoat child.  When the scapegoat child is cast as the sinner then the rest of the family gets to be cast as the saints.  Of course there’s a manipulation of reality going on: the scapegoat child is not really to blame for everyone else’s sins BUT that’s what the majority insists upon.

The scapegoat child who is in the critical period of developing their sense of identity in the world is at a dramatic disadvantage in fighting against this lie.  That child needs his family to tell him who he is in the world lest he feel like he is no one to nobody.  So, the child finds a way to convince himself that his family is right about how ‘bad’ he is.  And thus, the child can now perform the function needed by the narcissistic parent and family – that the child sees himself as deserving of their sins so that they may live as saints.

In contrast to the origin story of the term scapegoat, so long as the narcissistic family is around they typically don’t cast the scapegoat child into exile because they need him or her.  What typically happens is that the scapegoat child finds ways of his or her own to get some distance from the family as they grow up.  Whether that takes the form of going on reddit to read ‘raisedbynarcissists’ or youtube to find channels like this or confiding with a friend about what life’s like at home, or moving out of the home to go to work or college – the scapegoat child might secure for themselves their own exile at one point or another.  It’s at that point that the scapegoat survivor may find themselves in that rocky headland that the original scapegoat found itself after being exiled from the village.

Now the scapegoat survivor has the room to entertain a needed existential crisis.  In order to play the role of scapegoat to his narcissistic parent, the survivor in essence has had to believe that there is nothing good about himself and everything good about the other person.  Yet, as the scapegoat survivor goes about living in the world away from the narcissistic family he’s got to do something with the accumulating evidence in his world today that he’s not as bad as he’s forced himself to believe.  He may also wrestle with the growing desire in himself to exist in a way that does not feel so wretched.  In these moments, the scapegoat survivor faces a choice:

This is the moment I alluded to at the start of this post.  And I suspect that if you survived narcissistic abuse as the scapegoat and are watching this then you may have already taken the second option.  Now, the question becomes what’s next?

After questioning whether you are really as bad as you’ve been made to feel for so long, what’s next? 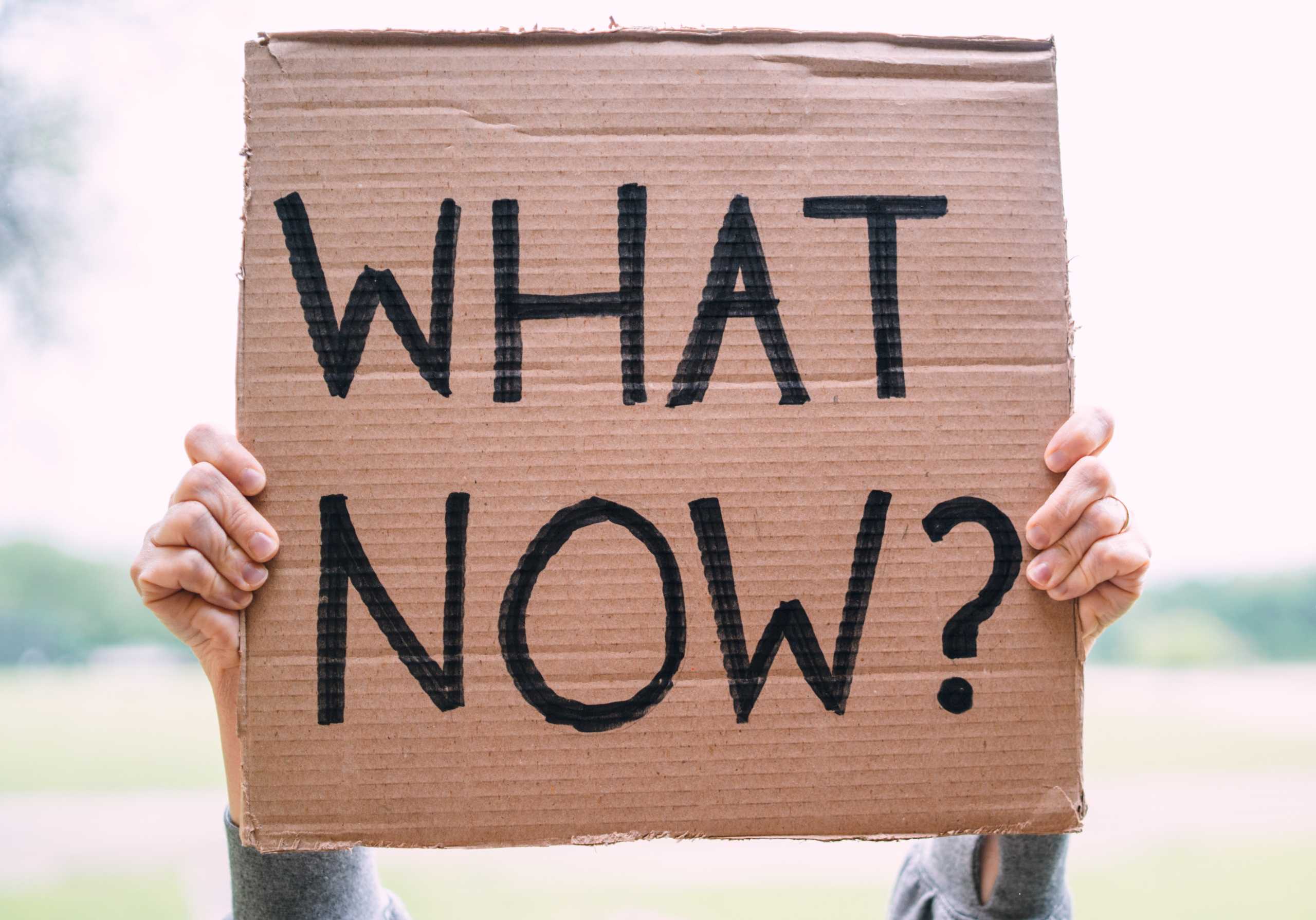 Now the scapegoat survivor is in a particular position.  They’re in the rocky headlands of life that they found exile in and they’re saddled with a well-worn sense of who they are that does not serve them in this situation.  This familiar sense of who they are riddled with convictions that they are defective and undeserving in a myriad of ways.  AND what has worked in managing the terrible feelings that come along with this familiar sense of who they are is to get away.  Get away from themselves by paying more attention to others than themselves, get away from others because the attention of others has grown to feel bad rather than good.

In order for the scapegoat to get back to the only home that is truly available to them, they must override this long-practiced reflex of getting away from themselves and others with a new practice of getting closer to themselves and safe others.  This is not done in one fell swoop or even in a few fell swoops.  It is a process.  And you cannot do this alone, in my strong opinion.

So, the answer to the question of what’s next for the scapegoat survivor who has questioned the edict that he is wretched is to find and go home.  But the catch is that the home resides within himself.  And I will submit to you right now that it can be tremendously helpful to have a map to help in finding your home within and charting your path there.

How does the scapegoat survivor learn to get closer to themselves instead of getting away?

This is the heart of what this channel and all the resources on recovering from narcissistic abuse are all about, in my opinion.  That is what the 3 Pillars of Recovery are all designed to do: help you feel safer in getting closer to yourself instead of away from yourself as a way to live.  And in my personal and professional experience there are 3 Pillars that can help you set up residence inside of instead of away from your Self.  The pillars work in concert with each other and ideally would be equally balanced in emphasis.

The first pillar involves understanding how the feeling of being the Original and Only Sinner in your family was artificial – no matter how convincing that feeling might be.  That’s what making sense of what happened is all about.  Understanding the dynamics of narcissistic personality that led to you being put into the role of scapegoat with little say in in the matter.

The second pillar is just about your immediate safety – as the Rolling Stones put it in their brilliant 1969 Gimme Shelter.  Gaining distance from your narcissistic abuser in there and now is critical.  The scapegoat cannot unravel this pseudo identity while still being cast as the Sinner by the powers that be.  This pillar is not about just demonizing the narcissistically abusive person for sport.  It has a deeper function.  The scapegoat survivor was initially blamed by those around him and to survive had to learn to internalize that blame as a basis of identity.  The scapegoat had to take what was happening outside himself and make it into what was happening inside himself.  The process of getting closer to oneself requires interrupting this practice of blame happening on the inside but it does not stand a chance if one is still being blamed on the outside.  The noise from without has to be quieted down enough to listen to oneself, begin to approach instead of avoid one’s inner experience, and forge an ongoing connection to yourself on the inside.

And the third pillar of recovery involves acting out of compliance with the beliefs needed to convince yourself that you deserved to be the scapegoat.  This is can’t be done alone.  It requires finding and cultivating relationships with trusted others where the quality of those relationships make it possible to be out of compliance with these beliefs without compromising the other’s availability to you.  So, to defy the narcissist’s rule that you were undeserving would require acting as though you are deserving – by, say, telling a safe friend directly what would make you happy – in the context of a relationship.

I’ve put these 3 pillars of recovery and the opportunity for community and new relationships into a single map that is an online course.  If you haven’t checked it out yet, I highly encourage you to do so.  It’s designed to equip you with the knowledge, real-world tactics, and an ongoing community that lets you apply the 3 Pillars of Recovery in your life and find your way back to yourself.