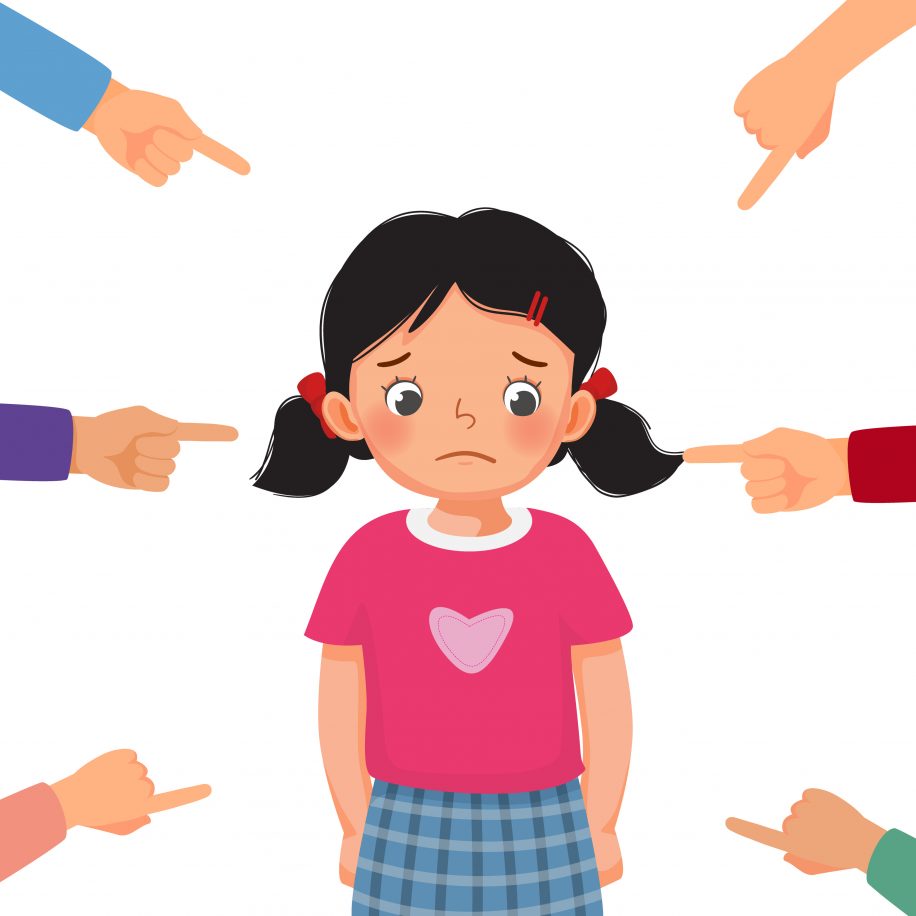 I talk a lot about the process of narcissistic abuse and how a child is often selected and treated as the scapegoat for the narcissistically abusive parent.  The question may remain of how exactly a narcissistic parent gets the child to identify with the role of scapegoat.  When a child is selected as the source of all the family’s problems it is not enough to blame that child.  Effective scapegoating involves influencing that child to believe that he or she deserves to be blamed because of being so undeserving and/or defective.  In this blog post I’m going to explain how inconsistent parenting to the scapegoated child by the narcissistic family can lead to experiences for the scapegoated child which lead them to conclude that they can do nothing right, they do not deserve what other kids deserve, and that they feel closer to mom or dad when they act like there is something wrong with them.

My name is Jay Reid and I’m a licensed psychotherapist in California specializing in helping individuals recover from narcissistic abuse in individual therapy and through my online course & community. We take a 3-pronged approach to recover of 1) Making sense of what happened, 2) Gaining distance from the narcissistic abuser, and 3) living in defiance of the narcissist’s rules. This blog post falls under the category of ‘Making sense of what happened’.

Here’s another good resource for making sense of what happened: If you were a scapegoat survivor of a narcissistic parent or partner then check out my free e-book on this topic.  It’s called Surviving Narcissistic Abuse as the Scapegoat and goes into other important aspects of what it’s like to be in the shoes of the scapegoat child or partner of the narcissistic abuser.  From self-limiting beliefs about yourself that you must adopt to survive to why the narcissistic personality is so geared to put those closest to them down.  Along with blog post, this e-book can help you realize how none of this abuse was your fault but the product of the narcissist’s psychological and emotional problems.

How narcissistic parents indoctrinate the scapegoated child into the role

This post draws on two important resources on scapegoating children by narcissistic parents.  They are Pillari’s book on Scapegoating in Families and a research paper by Vogel and Bell from 1960 on how a child’s “emotional disturbance” can often be the family scapegoat.

How does the narcissistic family convince a scapegoated child that they can do nothing right?

Inconsistent verbal and non-verbal messages are frequently used to undermine the scapegoated child’s sense of empowerment and understanding of himself or herself and their world.  Inconsistent messages can take the form of showing indifference towards the negative behavior at some times while getting overly punitive for the same behavior at other times.  This can lead the child to conclude that no matter what they do they’ll eventually get criticized so they must deserve it.

Jeremy was the scapegoat of his narcissistic family and recalled how family dinners could be torturous for him.  By the time he was 10 years old, some nights at the dinner table would result in his narcissistic mother suddenly accusing him of bad table manners whether it was in the form of supposedly chewing with his mouth open, putting his elbows on the table or even speaking too loudly.  Other nights she paid no attention to his same behavior.  As a result, he was always surprised when she would attack him for these acts.  It seemed to him like he was lulled into a false sense of security and then suddenly pounced on.

Jeremy’s experience at the dinner table highlights how inconsistent messaging from his mother about his supposedly problematic behavior prevented him from effectively changing the behavior.  If his mother really wanted him to stop these behaviors for Jeremy’s own sake then she would have been consistent in her reprimands – of course, they could have been much less harsh if she did – and been pleased when he stopped these actions.  Instead, Jeremy had the impression that there was nothing he could have done to stop her from finding fault in his table manners.  This contributed to his sense that he could do nothing right.

How does the narcissistic family convince the scapegoat child that they do not deserve what other kids deserve?

Here is where double standards come into play.  When a narcissistic parent treats the scapegoat child like he or she already gets too much while giving that child very little and grants privileges and gifts generously to another child, then the scapegoat child is led to conclude that they do not deserve what the other child is getting.  At first the scapegoat child will complain and protest at this sort of unfairness but such expressions are typically used against the child as evidence that they are ‘selfish, inconsiderate of others’ needs, and/or take what they do get for granted’.  Some scapegoated children will stop complaining when met with such humiliating responses and quietly conclude that they don’t deserve what the other child – whether sibling, cousin, or child outside the home – deserves.

Shayna recalled in therapy how her brother was always treated like the prince in her family and she always seemed to be a burden and a problem to her parents.  She recalled how she started working after school at age 14 and managed to save up enough money to buy a very cheap and poorly maintained car when she turned 16.  Her 3 year younger brother turned 16 while she was away at college and she came to home to find out that her parents had bought him a late model sportscar despite him never having worked a job or contributing any of his own money.  At this point, Shayna was not surprised or ready to protest the unfairness of this galling act of favoritism because she was so conditioned to expect her parents to respond that she’s too selfish, etc.

So, this tactic involves treating the scapegoated child like they deserve less than other kids AND meeting the child’s protest with invalidation and attacks on their character.  As a result, the kid learns to tolerate being treated like they are less deserving than the other kids and eventually believe it.  Just as Shayna displayed when her brother was gifted his car.

How does the scapegoat child feel closer to mom or dad when they act like there is something wrong with them?

When a parent takes special interest in the scapegoat child’s emotional or physical ailments, then the child can associate a sense of closeness with the state of being in disrepair.  In this case, the narcissistic parent might usually pay very little favorable attention to the scapegoat child leaving the child to suffer a chronic sense of emotional deprivation and loneliness.  Those feelings might blissfully get interrupted by the scapegoated child when the narcissistic parent pays special attention to them for seeming to have something wrong with them.

John survived the role of scapegoat in his family.  He recalled how his mother would show particular interest in his skin complexion during his adolescence.  She would tell him that she saw pimples on his skin and that he seemed to be developing a bad case of acne.  His doctors would regard this as mild when he would go for treatment but she would insist that he had a severe case when they were home.  Although this led to him feeling self-conscious and embarrassed about his appearance, he welcomed the attention she was finally paying him nonetheless.

John’s case illustrates how a child – even an adolescent – much prefers a relationship where they feel bad with a parent to no relationship at all with that parent.

These tactics often are used all together against the scapegoated child to leave them feeling like there is no choice but to internalize the idea of who they are that is being imposed upon them by the family.  Once the scapegoated child comes to believe that they can do nothing right, that they deserve less than others, and that they only way to get needed responsiveness is show that there is something wrong with them – they can go on to live in a way that autonomously complies with the blame and accusations thrust upon them by the narcissistic family.

Of course, those of you reading this have been able to preserve a part of yourself that knew – or wanted to know – otherwise about yourself.  Somehow or another you held out hope that you could live as you actually are rather than having to comply with these artificial messages about who you are.

If you were treated this way by your family what can you do to overcome this form of abuse?

I want to recommend my free webinar on 7 self-care strategies to help in recovery from narcissistic abuse.  These scapegoating tactics are directly challenged when you put these self-care strategies into action in your life.  When you exercise good self-care you are demonstrating to yourself that you deserve such care and over time that you can in fact care for yourself in the right way.  Making these strategies into habits can go a long way towards delivering you back to your authentic and deserving self.