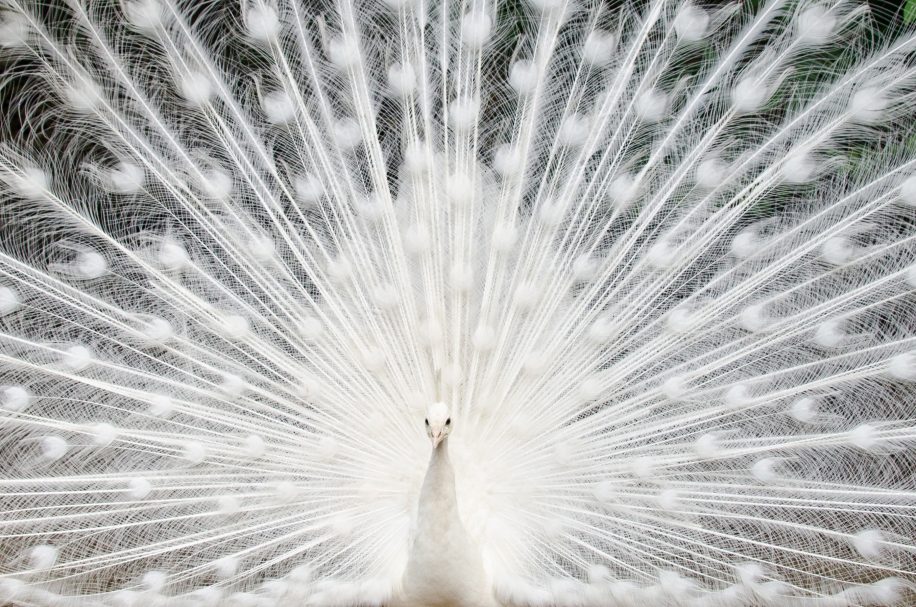 I remember that my favorite school days in elementary school were when we got to do ‘show and tell’.  These were days where the teacher would devote 30 minutes for our class to sit in a circle and around so that each student got a turn to show some thing or skill that they wanted to tell the class about.  Why were show and tell days so awesome?  I think because they offered a safe way to tap into something I liked about myself and know that it was expected and appropriate to share that with others.  There would be no accusations of bragging or showing off (in a bad way)…it’s what you were supposed to do.  Unfortunately, there are far fewer opportunities for show and tell the older we grow.

So, what does show and tell have to do with recovering from narcissistic abuse as the scapegoat survivor?  If you were the scapegoat to the narcissistic abuser then it was likely necessary to submerge your desires to show and tell about yourself underground and serve as the ongoing appreciative audience to the narcissistic abuser’s desires to who and tell about themselves.  The rules of life may have seemed to dictate that when you tried to engage in show and tell you were being greedy, selfish, showing off or worse while when the narcissistic parent or partner was showing and telling about themselves it was virtuous, correct, and a thing to admire.  In this blog post I’m going to explain how the survivor of narcissistic abuse can go to great lengths to avoid showing off in their current lives.  Next, I’ll explain the importance of showing off in the development of a healthy sense of self.  Third, I’m going to explain the psychological dynamics that lead to the scapegoat survivor feeling like they are uniquely forbidden to show off while others seem completely entitled to do so.  And if you watch until the end I’ll offer an exercise you can do in your life to afford yourself more moments of showing off to further the healing process from narcissistic abuse.

An important part of living in defiance of the narcissist’s rules is taking care of yourself.  To that end, I’ve created this free webinar that offers 7 self-care tools to help you in the process of recovering from narcissistic abuse.  Sign up for it below!

So, why does showing off often feel so terrible for the scapegoat survivor of narcissistic abuse?

What I have found in my work is that the worst danger faced by children of narcissistic parents was faced when the child attempted to exercise a healthy form of entitlement.  If a child acted in a way that reflected their own belief in what they were worth then this would often be reacted to with intense punishment.  And the punishments would be designed to make the child regret that they ever thought they were worth what they initially felt entitled to.  The survivor of such abuse can grow to feel like showing off is a direct insult to others – not because it is but because that’s how this very healthy striving was reacted to by a narcissistic parent.

Take the anonymized example of Carlos…he had a very narcissistically abusive father who cultivated a family culture of acting jilted and taken from in order to be accepted as a member.  If Carlos ever felt deserving, or seemed pleased with himself then his father would single him out, and make up a reason to attack his character.  Carlos recalled being mocked for the way he was smiling, at one point, after coming home from school and making the varsity basketball team.  Then his father shifted to berating Carlos for not cleaning up his room.  In therapy, we understood that the triggering event for this father was Carlos’s obvious and justified pride in himself and how his father saw that as a wound to his own fragilely established and artificially inflated sense of pride in himself.

At the start of therapy some of the most anxiety-producing moments for Carlos were when he thought I was experiencing him to be too demanding.  So, if he cited what he found helpful in a session and I said something like “Yeah, I hear you saying that you’d like to be contributed to by me sharing my thoughts with you more often in session.”  This proved very concerning for Carlos because he was alerted that I could have heard him to be saying that what I was offering was not good enough and that he thought he deserved more from me.  And that if that was the case, then I would grow hostile and malevolent towards him for acting in such an “entitled” way towards me.  The thing was in the therapy session Carlos was right about everything but the last part.  I thought he was exercising an entitlement of letting me know what works and what doesn’t for him and orienting me to what might work better for him…even that what I was offering prior to this was not ‘good enough’.  I was very grateful for his feedback because my goal was not to feel like the perfect therapist and use Carlos to reinforce that to myself but to maintain a relationship with him where he felt like his needs were being met as well as possible with the backdrop assumption that I’ll never be able to perfectly meet his needs so I need his help him in continually telling me what works and what doesn’t.

In this example, Carlos was showing off in a sense – by saying what he truly wanted more of in session – and our work highlighted how wrongly punished he was doing such a healthy thing in relationship to someone.  Showing off can take lots of different forms.  Maybe it involves initiating a conversation about something you achieved rather than inviting the other person to share what they are proud about in their lives.  These moments of revealing oneself to others and the world are critical moments that can either help or hinder our development of a healthy sense of self.  I’ve mentioned him before, but there was a psychoanalyst named Heinz Kohut who said that kids are seeking to use their parents as good-enough mirrors for who they are in the world.  When the parent responds frequently enough with empathic resonance, appreciation, and support then the child gets to identify an act of ‘showing off’ as an expression of their true selves that over time they get to consolidate and feel internally as who they are in the world.  And that knowledge feels very firm and consistent across time and space.  So for example, when a child goes down a tall slide on the playground for the first time and lands on the ground…if his father looks at him and shakes his fist he’s empathically resonating with the child’s feeling of accomplishment which signals to the child that what he’s feeling is recognized, participated with, and valued by someone important.  This child might get to know that he is someone who likes to take on slightly scary activities to get the feeling of exhilaration that comes afterwards.  That’s how a parent mirroring a kids act of showing off can help the kid develop a healthy sense of self…here’s how it could be hindered:  let’s say that child got to the bottom of the slide and his father had a scowl on his face then grabbed the child harshly by the arm and told him not to do those kinds of dangerous things.  Now the kid learns that showing off what he can do is met with contempt and punishment by the person whom he was hoping to find appreciation and empathy from.  The kid is prevented from making this experience into a sense of his self because the expression of who he was did not get the reception he needed from his parent in order for the kid to take it in and use it as information about who he is in the world.  Instead the kid is in a confusing state of wanting to show off yet fearing the retaliation if he does so and often having to feel confused about who he is in the world.

Why the narcissistic abuser can’t stand your showing off.

The narcissistically abusive parent or partner starts with a core sense of worthlessness that has to be relocated into others so that they can more effectively deny these feelings to themselves and insist on their opposite – that they are very special and worth much more than others.  It’s a fragile arrangement that needs others to constantly reflect back their specialness or the system breaks down and they are put back in touch with their intolerable feelings of worthlessness.  Well, if you suffered in the role of scapegoat to someone like this then you were the person into whom they tried to relocate these feelings of worthlessness into.  As a result if you showed feelings of self-worth then you were not cooperating with the function the narcissist needed you to serve of being the one who was the worthless one between the two of you.  If the relationship with the narcissistic abuser is assymetrical where the narcissist holds more authority or the scapegoat is dependent on the narcissist then there’s nothing to do but go along with being whom the narcissistic abuser needs you to be for their psychological purposes.  This is why healthy efforts to show off were so roundly punished and eradicated by a narcissistic parent – they threatened to put that parent in touch with their own sense of worthlessness that they insisted the scapegoated child be the one to feel all the time.

Now what?  An exercise you can do to gradually know it’s safe to show off again.

If you’ve survived narcissistic abuse by censoring your own healthy needs to show off then this exercise can help in the recovery from this.  This exercise is an extension of the ‘self-worth medals’ exercise I mentioned in this video.  In it, I encourage the viewer to write down 3 things they deserve medals for in that day.  For this exercise, I would encourage you to tell one person one thing you wrote down each day.  It may seem scary or make you cringe with fear of being perceived as a braggart, etc. but it’s a really good way to introduce some healthy show and tell back into your life and counteract the misbegotten reaction of punishment you used to get from such health acts of showing off.