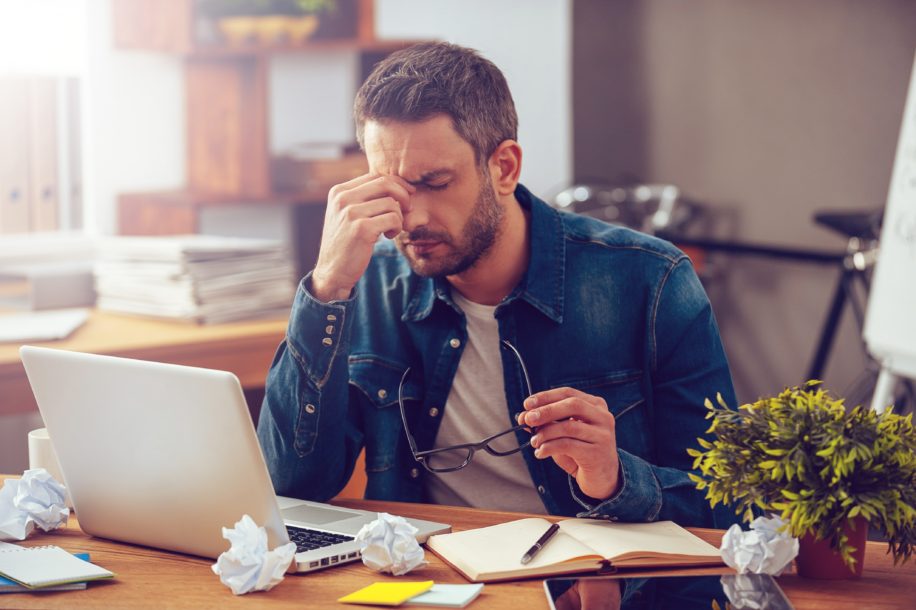 by Jay Reid
A difficult but under appreciated aspect of depression is how it disrupts concentration. Being depressed means feeling down or flat most days. As days go by while feeling depressed, a sense of hopelessness can also emerge.
Concentrating is a purposeful activity that requires:
1) the desire to reach a goal, and
2) the belief that the goal is worthwhile.
Depression undermines both requirements. Being unable to find pleasure in life makes it hard to have a reason to do much of anything.

People who are not depressed do things because it makes them feel better.

People who are depressed often do things so they won’t feel any worse.

It’s harder to stay motivated to avoid further pain than it is to strive towards happiness. Thus, it can feel pointless to sustain efforts to concentrate in order to reach a goal.

Concentration can also be fickle. We may have the intention to concentrate but if we try too hard it can be counterproductive. The best states of concentration emerge organically. In a state known as “Flow” a person becomes completely absorbed in the subject of their concentration.
This state cannot be forced. It may or may not emerge as the result of engaging in an activity. Deep concentration is kind of like sexual desire, happiness, anxiety, or any feeling state. We can create conditions in which these states are likely to occur but that’s the extent of the control we have over them. In fact, efforts to directly create such states of being usually work against us. A phrase I often use in working clients is that “anxiety and depression don’t take kindly to control.” This also applies to sustained concentration.

The Case of Joan

I worked with a client named Joan* who was depressed. She experienced significant difficulties concentrating on her work and personal projects. We explored what she told herself when it was hard to focus. She recognized that she would try to force herself to concentrate with ultimatums:

“You better get this done, Joan! If you can’t concentrate for the next five minutes then you’re doomed.”

Then when she failed to adhere to the conditions she set for herself she would harshly indict herself:

“I’m so hopeless that I can’t even do this simple task. I’ll never be who I hoped to be.”

As the reader can probably imagine, she felt worse when she would try to concentrate on these tasks. She would relentlessly criticize herself for not being able to concentrate like she hoped. This compounded her challenges because it fed the impulse to criticize herself. People who suffer from depression often have a harsh inner voice criticizing them for everything they do or don’t do. Joan’s attempts to control a process that does not take kindly to control – concentration – played right into the hands of her inner critic.
This is the rub when it comes to dealing with concentration difficulties. Joan’s efforts to force herself to concentrate only left her more hopeless. Concentration can be like Chinese Finger-Cuffs: the harder we try to employ the intuitive solution the greater the problem.

How to cope with concentration difficulties when depressed

The most important capacity to develop when depressed is compassion for yourself. If a friend was telling you about their frustration with being unable to concentrate how would you react? With support or punitiveness? Probably the former.
I am not suggesting self-compassion just because it’s one of the therapy profession’s buzzwords. Developing patience for oneself is like refusing to pull harder on the Chinese fingercuffs. You may not have the choice for how well or long you’re able to concentrate, but you CAN choose how you react to this outcome. If being unable to concentrate feels like an acceptable part of your experience then other changes will occur. Joan believes that it is unacceptable that she is unable to concentrate as well as she would like. Once we decide that a part of our experience is unacceptable then we get into a quandary: we are unable to influence whether that experience occcurs or not but if it does we feel punish ourselves. It’s like trying to tell ourselves to stop hiccuping and blaming ourselves when it doesn’t work.
Be patient with yourself. Counter the reflex to browbeat yourself to concentrate harder with more supportive self-talk. It may also help to write down some of your critical thoughts and evaluate the evidence that does and does not support them.
Consider a medical evaluation for anti-depressant medication. Newer medications can offer relief to these kinds of secondary symptoms of depression. If you are open to this form of mental health treatment it can often be very helpful.

Seek therapy. There is no substitute, in my opinion, for being in a form of therapy where one feels understood and supported in reaching their goals. Therapy also combats the impulse in depression to isolate oneself socially by reminding the person that other people can be understanding and helpful.

Jay Reid is a Licensed Professional Clinical Counselor (LPCC).  If you have struggled with difficulties concentrating and depression, therapy may be helpful.  I encourage you to  contact me for a free 15-minute phone consultation to see if we might be the right fit.