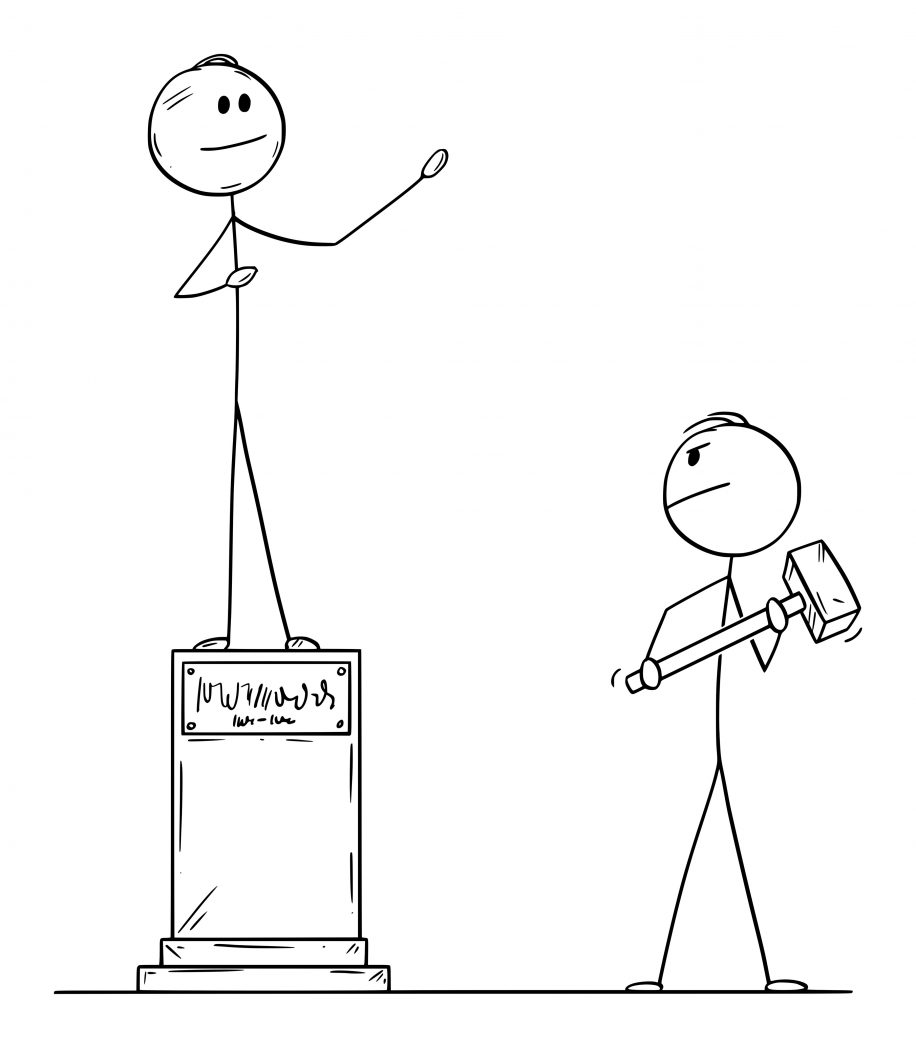 It can even feel like something very important and special must be kept alive by treating the narcissist as special and that this feeling will die if this specialness doesn’t persist.  And I want to lay out how abiding by the narcissistic abuser’s entitlement to being seen and treated as unique, special, and better than others was likely an important survival tactic.  To do that, I’m going to explain why this myth is insisted upon so heavily by a narcissistic abuser and the consequences of not complying with it for the scapegoat survivor.  Last, I want to offer a different paradigm to think about oneself and important relationships that doesn’t rely upon one person’s specialness but rather the ability for another to complement your relationship to yourself and for you to complement their relationship to themselves – something called interdependence.

Today’s blog post falls under the category of ‘living in defiance of the narcissist’s rules’.

Another aspect to defying the narcissist’s rules for living is taking care of yourself.  That’s why I created this free webinar that offers 7 self-care tools to help you in the process of recovering from narcissistic abuse.

Why can it feel so necessary to treat a narcissistic parent or partner as special? 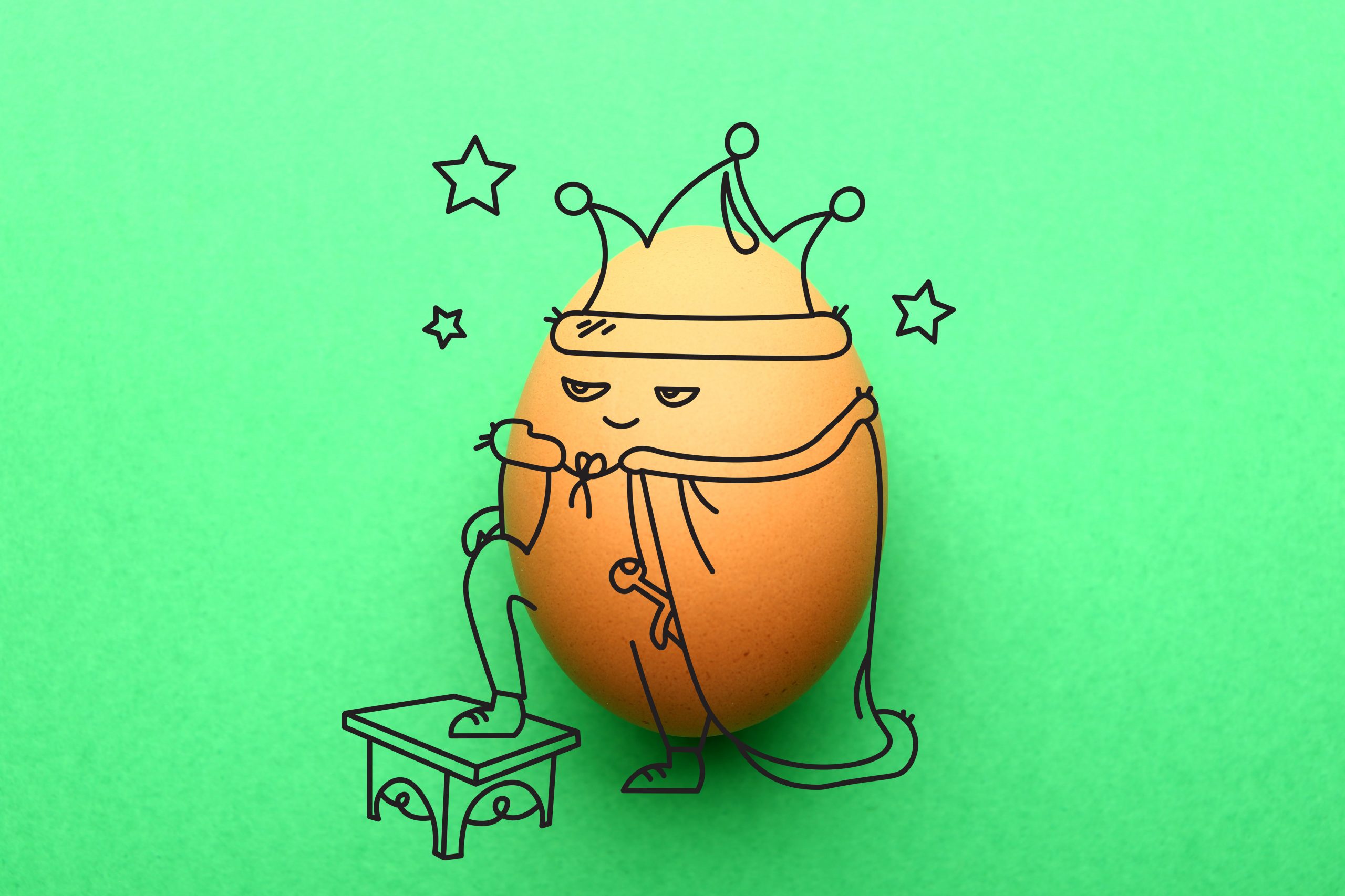 The child’s own need to idealize the narcissistic parent

The second reason why it can feel so necessary to see the narcissist as special can be the child or partner’s own need to idealize the narcissist.  Idealization – in itself – is not a bad thing.  In fact, there’s a prominent psychoanalyst named Heinz Kohut who explained how healthy psychological development results when a young child can look up to a parent as special, wise, strong, and looking out for the child.  When the child has a parent who can live up to the child’s idealizations when needed, then the child can identify with the qualities of that parent and take them in as how he wants to strive to be as a person.  That’s what happens when there’s a good-enough parent for the child to idealize – by that I mean, that the parent doesn’t exploit the child’s developmentally appropriate need to idealize to bolster their own self-worth and also doesn’t shy away from being the person the child needs to look up to.

If a parent is unable to be idealized in this way – either through being too inhibited to be themselves fully or to use the child’s idealization for their own gratification – then the child will experience a deficit in having someone to look up to.  The child may also then suffer from a deficit in feeling a sense of direction within b/c they have not had this needed experience.  Importantly, the need to find someone to idealize doesn’t go away but seeks again and again to find a suitable person to idealize so that this need can be satisfied.  As you can imagine, a partner or child of a narcissistic abuser whose need to idealize has been frustrated when it was developmentally needed, could pair well with that narcissistic abuser’s need to be idealized.

Punishment for not treating the narcissist as special

Last, there can be dire consequences for the child or partner of the narcissistic abuser who does not see the narcissist as being better than or more special than everyone else.  Many survivors of narcissistic abuse report being withdrawn from, rejected, having their character attacked for being “ungrateful, uncaring, and selfish” for committing the “sin” of not taking the narcissist seriously enough.  So, a seemingly innocent comment or remark by the scapegoat survivor could be used as justification for such an attack by the narcissistic abuser. For example, an anonymized example that’s culled from professional, personal and theoretical sources is when a scapegoat survivor of a narcissistic mother recalled being 7 years old at a MacDonald’s with this mother and his sister.  He recalled his mother imperiously telling him to take all of their trays and trash to the garbage when they were done eating.

He remembered feeling of sting of disrespect as he walked towards the trash bin and knew he had to level some form of protest but also sensed how dangerous this would be with his mother.  He figured out what he thought he could say without offending her and said when he got back to the table:

“You know, I can’t wait to grow up and be being so I can boss people around.”

To his dismay, he saw his mother’s face go from self-satisfied to searingly angry as she spit out,

“How dare you?!  After all I do for you and you accuse me of bossing you around!  You sit here and think about what you did and don’t come to the car until you’re ready to apologize.”

This survivor recalled how humiliated and defeated he felt at trying to spare some portion of his dignity after being bossed around.  In therapy later in life it became clear to this survivor that he had defied his narcissistic mother’s sense of entitlement that he see everything she do as deserving of praise and to fall short of that could have put her in touch with her own lurking sense of powerlessness and worthlessness – something she refused to let happen.

OK, so that’s a lot on why it can feel so necessary to treat the narcissist as special.  Now I’d like to shift to a way to challenge this arrangement in the process of recovering from such treatment and how it can result in making your world a whole lot bigger.  Typically, when the mandate to treat the narcissist as special happens there’s a necessity to keep the relationship going with that person.  For the child, it’s imperative to keep the narcissistic parent willing to be his/her parent and the something similar might be said for how it can feel to the partner of a narcissistic abuser.  Once that period of time is over, it can become possible to know and act as if one has other options than the narcissistic abuser when it comes to finding a relationship that meets one’s needs.

Coming to recognize these other relationship options may require challenging the calculus about what brings and holds people together.  For the survivor of narcissistic abuse, it may reasonably seem like the only way to ensure another person will care is you elevate him or her to be seen as super special and unique.  As though you could not or would not want to live without someone like this person.  Implicit in such ‘devotion’ is an abandonment of one’s own self – an abandonment that was necessary in the relationship to the narcissistic abuser.

A different kind of calculus can be made available in recovery and it involves seeing everyone as potentially capable of offering you a satisfying relationship.   To challenge the idea that it’s only someone super special and unique who can afford you what you need.  Then, of course, comes the task of evaluating that person’s character in terms of whether you find them to be able to complement your own connection to yourself in a way that feels correct.  You might check out my blog on finding ‘safe people’ for relationships for more on this topic.

When it grows to seem plausible that everyone might be able to offer what is needed, then one’s world gets to be significantly bigger.  There can be a renewed sense of hope and optimism in finding and cultivating new friendships because that unwanted hierarchy is no longer present.  Everyone in one’s life is seen as having the potential to have something very valuable to offer and to receive what you have to offer as something that is very valuable to them.

In short, making relationships depend on seeing the narcissist as the most special stems from the narcissist’s belief that s/he won’t be seen as worthwhile just as she/he is.  I don’t say that to curry sympathy for the narcissistic abuser but rather to lay bare the faulty foundation for this mode of relating.  Seeing relationships as based on voluntarily chosen connections that feel good to both parties with each person’s sense of deservedness being relatively equal is a much sturdier foundation.  This kind of foundation becomes possible in the process of recovery from narcissistic abuse.

If you liked the content, you might also enjoy my free e-book on surviving narc abuse as the scapegoat and learning that you didn’t deserve it.  You can get it here.