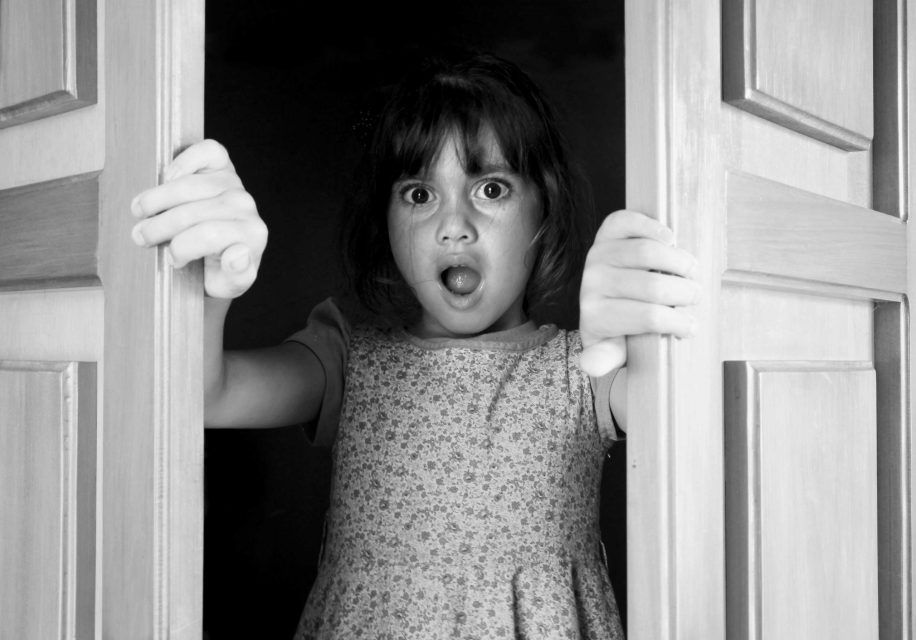 Did you have a narcissistic parent who showered people outside the home with deference, respect and charm?

Did that same parent have no trouble turning against you once the doors to the outside world closed?

Did you have to worry constantly about your narcissistic parent feeling embarrassed by your behavior ‘out in public’ such that you would hear about it later?

If you experienced your narcissistic parent or partner to seem to have two faces: one for you where seemingly anything would go and one for the outside world where they acted like a people pleaser to others then today’s post is for you.  There is a good reason why a narcissistic parent has no trouble acting abusively to those closest to them while exalting those further away from them.  A narcissist deceives the public and abuses in private.  In today’s blog I’m going to explain in-depth why this often happens and offer some case examples.  Next, I’ll explain how this can lead to the belief that your opinion about others is far less important than their opinion about you.  And if you watch until the end I will offer an exercise to help you push through any anxiety about elevating the importance of your own opinion so that you feel in greater possession of yourself as you move through the world.

Well, my name is Jay Reid and I’m a licensed psychotherapist in California specializing in helping individuals recover from narcissistic abuse in individual therapy and through my online course & community. We take a 3-pronged approach to recover of:

Today’s post falls under the category of ‘Making sense of what happened’.

Here’s another good resource for making sense of what happened: If you were a scapegoat survivor of a narcissistic parent or partner then check out my free e-book on this topic.  It’s called Surviving Narcissistic Abuse as the Scapegoat and goes into other important aspects of what it’s like to be in the shoes of the scapegoat child or partner of the narcissistic abuser.  From self-limiting beliefs about yourself that you must adopt to survive to why the narcissistic personality is so geared to put those closest to them down.  Along with today’s post, this e-book can help you realize how none of this abuse was your fault but the product of the narcissist’s psychological and emotional problems.

How a narcissist deceives the public and abuses in private 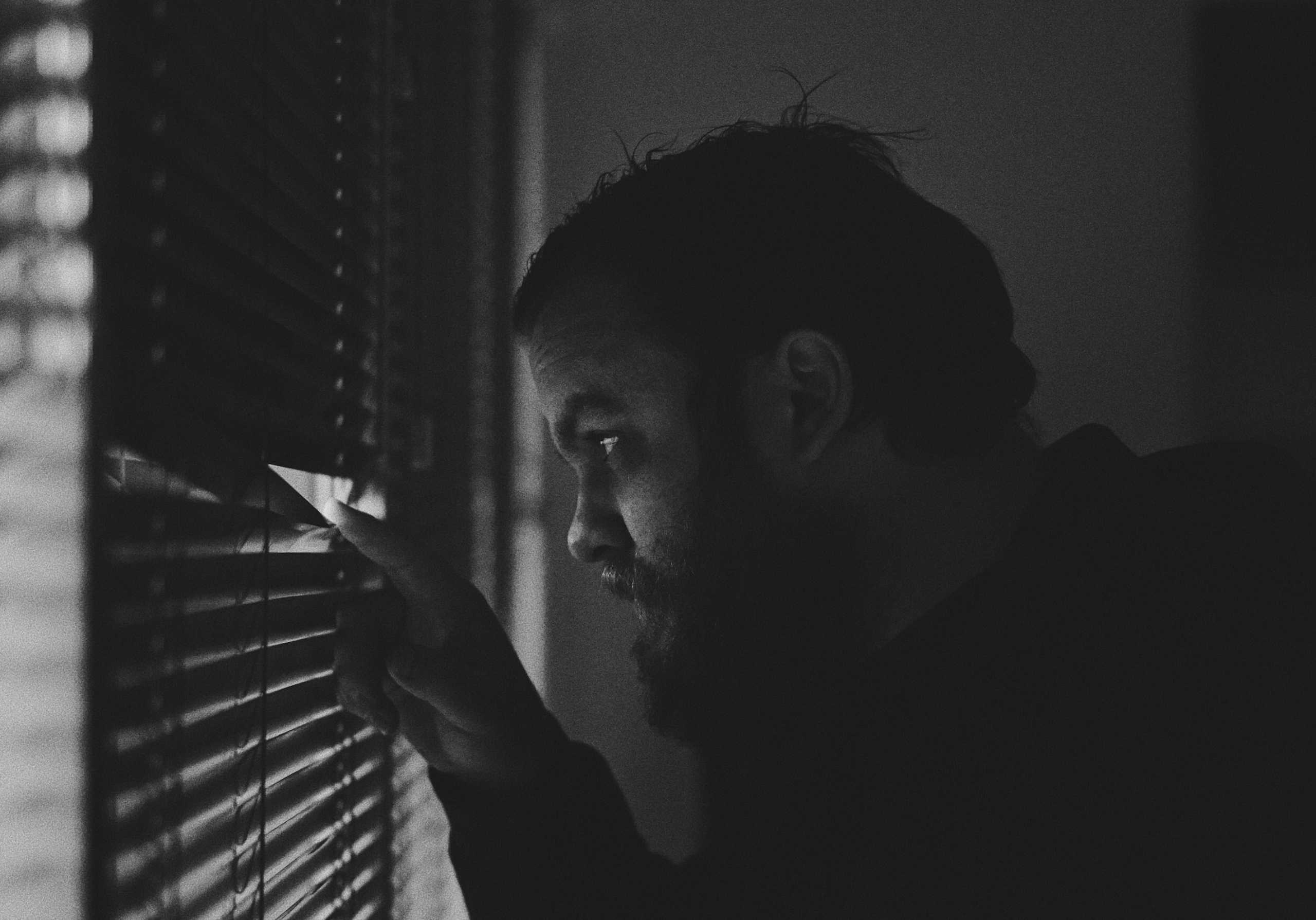 A narcissistic person is constantly rank ordering people they meet according to their perceived status because they want to know where they stand in relation to everyone else.  Typically when a narcissist is around people they perceive to be of higher status they will feel special to be in the company of someone so “grand”.  They will often have difficulty seeing others as being equal status to them.  However, as many scapegoat children and partners can attest, they will often perceive those closest to be of lower status than them.  This is the scaffolding from which a narcissist deceives the public and abuses in private

This constant slotting people of being either above or below them is a fragile arrangement and can leave them feeling weak in their core selves.  This feeling of weakness that many narcissists would ardently deny can lead them to only see people as higher status to be people who are further away and those of lower status tend to be closer to them.  The reason is that the narcissistic person can feel very vulnerable to being shamed or humiliated by someone of higher status but they hold no such fear towards someone they regard as lower status.

What does this have to do with scapegoating?  Well, a lot actually.  I think it explains why a family headed by a narcissistic parent may show a ton of respect and deference to authority outside the family while having no problem being emotionally abusive and neglectful towards members of the family deemed to be lower status – that is, the scapegoat.  The external authority poses the danger of rejecting the narcissistic parent and that would be intolerable to that parent.  The child who is thrust into the role of scapegoat depends on the parent so there is no risk of humiliating rejection for the narcissistic parent.

Mike was in therapy after surviving as the scapegoat to a narcissistic mother.  He would recall how she would act exceedingly charming towards anyone she encountered outside of the home.  Teachers, other parents, even his friends would see a mother who was interested in what they had to say, laughed at their jokes, and constantly asked them questions about themselves.  But when he was home alone with her she would walk around the house and find excuses to yell at him.  She would claim he failed to do a chore she had asked him to do and launch into a screaming tirade at him for being selfish and taking her for granted.  Mike recalled that if the doorbell rang while she was screaming at him she would instantly change her state and present the smiling façade she offered to the outside world.

Mike was struck by how seamlessly his mother could move from feeling entitled to act tyrannically towards him then would seem to cower in the face of those outside the home.  She seemed to fear their opinion of her far more than she worried about Mike’s opinion of her.  Unfortunately this damaged Mike’s own sense of self-worth to have her regard him as lower status than so many others in his life such that she did not care about his opinion of her.  He understandably adopted the belief that his opinion of others is less important than their opinion of him.

Tiffany was another scapegoat survivor of a narcissistic father.  She recalled how he would want to drive around their home town and look at homes that were extremely expensive.  He would then tell her that the people who owned those homes had great lives and were really important.  Typically when they got home he would find a reason to yell at her in ways that left her feeling like he was irreparably disappointed in who she was as a person.

Mike and Tiffany’s beliefs about themselves may not be that uncommon for scapegoat survivors of narcissistic abuse.  I think it can be hard not to assess status of oneself and others when you’ve been treated this way.  Doing so, was a matter of survival while the abuse was happening and adopting the belief that one is lower status than others actually requires a consistent assessment of status.

An exercise to overcome the effects of narcissist’s deceptive abuse

The legacy of a narcissistic parent making you feel lower status to strangers may play out in your experience in public spaces.  Do you find yourself being exceedingly careful not to bump into others or make anything but a pleasant face?  I don’t mean in the way that we all typically want to, but in a way that feels anxiety ridden, interruptive of your experience and preoccupying?  If this is the case, then you might experiment with ways of taking up more space in public to see that nothing calamitous happens anymore when the supposed ‘higher status’ people are not prioritized over yourself.  So, if you typically walk hurriedly across crosswalks because it feels anxiety producing for a car to wait for you, then you might experiment with walking at a normal pace and seeing what happens.  Or if you’re on a crowded sidewalk, bus, train or airport, you might experiment with expecting others to respect your personal space as much as you are working to respect theirs.  This doesn’t mean intentionally acting in ways that will invite rebuke but rather to calibrate any overconcern for others to something that is more balanced and considering of your worth and rights.  If you’ve seen the movie Fight Club, this is not a suggestion to engage in ‘Project Mayhem’.  More like ‘Project Equal Rights’.  Less catchy but far less subversive!  In essence, to practice treating yourself as equal status to those in public.  I’m sure that this exercise can take many forms but whatever it is, you might make a list of the 5 least to most anxiety-triggering things you can do act like you have equal status to others.  Next, I would encourage you to write quick journal entries on how your experiments go.  I think as you continue to practice these ways of being and you do not face the abuse that would have happened in the past, you may find that you enjoy taking up more space – and status – in your world.

Relatedly, acts of self-care implicitly say that you have a status worth caring about.  If you haven’t already, I recommend checking out my free webinar on 7 self-care strategies to recover from narcissistic abuse.  I hope today’s post helps explain why a narcissist deceives the public and abuses in private.